Gotta hand it to Japanese engineers. Sluggish economy or not, they still put in the hours to develop new types of robots. Seen here is Asterisk, which named after its shape, a six-limbed  insectoid prototype that’s being tweaked at the Arai Robotics Lab. Japan needs its robots though. As an industrialized country prone to unforseen calamities and burdened by a graying population, the assistance of intelligent machines is a viable alternative to a flood of migratory workers. Besides, Ghost In The Shell practically laid down a blue print for a future Japan back in the 1990s. 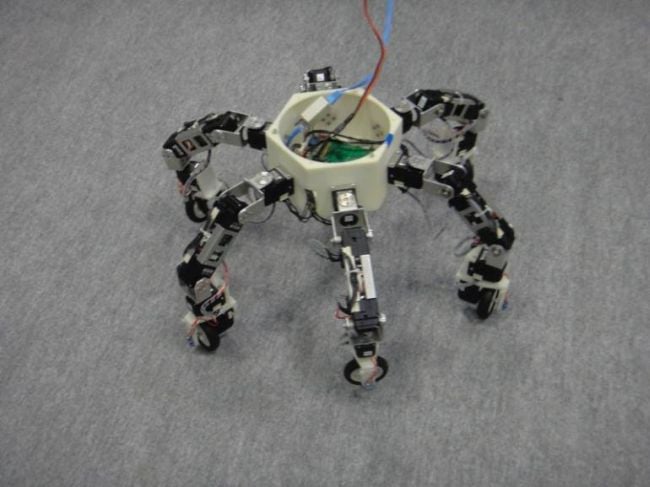 In its current form, Asterisk packs incredible mobility, an accelerometer, and embedded gyro sensors to help it overcome its surroundings. It isn’t field ready yet, however. If later variants ever go into production, the Asterisk robot is going to be applied in disaster areas and emergency situations.