This according to its maker Bob Maddox, who custom built the ride you see below for a client with a daredevil streak the size of Texas. 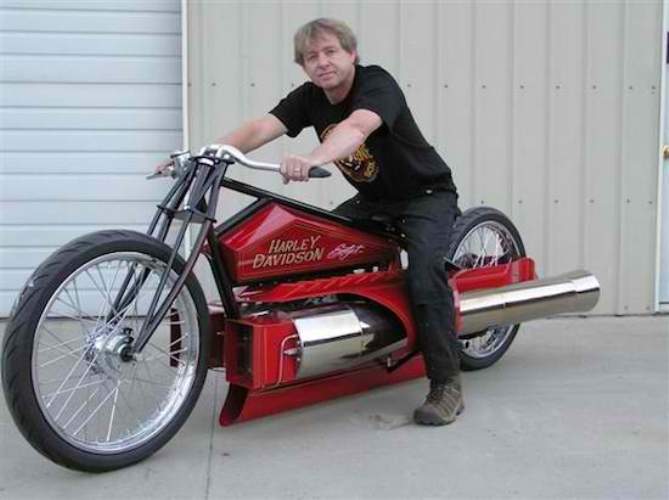 There’s also a good chance the mysterious client who paid Maddox to build it is a.) mad as a hatter b.) Batman or c.) The Stig.

Yes, there have been sexier bikes featured here at Geeky Gadgets before and some flat-out rad ones, but Mr. Maddox’ creation exists for one thing only: Pure, unadulterated speed. The kind that could “rip your arms off,” which is how he describes riding the machine on a test run.

Capable of going from 0 to 60 MPH in five seconds, this beast packs a special pulse jet engine that can burn any type of fuel. Maddox prefers gasoline and the effects are, according to him, deafening. This makes us wonder: would it still perform at the badass level it currently does on vegetable oil?

Here’s a funny scene: You’re stuck in traffic and when the light goes green you rev up right? Well, with an engine like that you might just melt the car behind you before zooming off in a dazzling burst of fire and noise. Lawsuits, anyone?