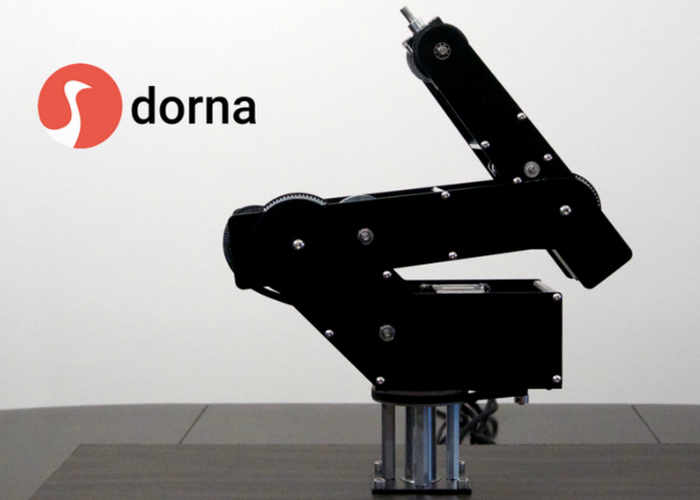 Dorna Robotics based in San Jose, California have created an affordable industrial grade 5 axis robotic arm which comes complete with its own open source software and firmware offering a new standard for consumer robotics say its developers. The Dorna robotic arm has this week launched via Kickstarter to raise the $70,000 required to make the jump into production and is now available to back with earlybird pledges starting from $890 and shipping expected to take place during June 2018. Watch the demonstration video below to learn more about the Dorna robot arm and its features.

Dorna is a fast, powerful and precise robotic arm. Dorna is an industrial grade 5-axis robotic arm with an open source software and firmware, and it is capable of automating many real life tasks. Dorna provides a perfect solution for business owners, makers, researchers, artists and anyone who wants to get serious in robotics without spending a fortune on an industrial robotic arm.

The robotic arms with specs similar to Dorna, are usually out of the price range for most consumers. With Dorna we have tried to change the standard for affordable robotic arms. Full metallic body makes Dorna sturdy, powerful and jitter free in fast motions. Precise machining processes used in building Dorna, make it highly accurate and repeatable. With powerful microcontroller and firmware, Dorna can perform complex and fast multi-axis motions. Being able to design your own tools or modify the existing tools and quickly attach them to Dorna, provides a great amount of flexibility for Dorna users. We have designed a simple adapter interface which quickly and securely attaches different tools to your Dorna robotic arm.

For more information on the Dorna robotic arm jump over to the official Kickstarter campaign page by following the link below.