If you are a Portal 2 fan but a little bored of playing the game using a traditional controller or keyboard and mouse, you might be interested in this Kinect hack that allows you to control your Portal 2 character using gestures instead.

The Portal 2 Kinect hack was created by Brad Cooley and uses FAAST for the key bindings. Watch a video of Portal 2 being played via gesture control after the jump. 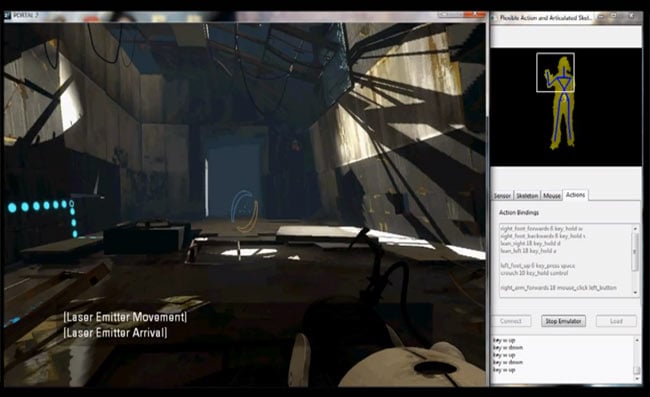 For the keybindings and to ask Cooley any questions about his Kinect hack jump over to the YouTube description for his email address. You never know Valve might even released a motion controller update in the future which will allows both Kinect and PS3 Move controllers to be used.