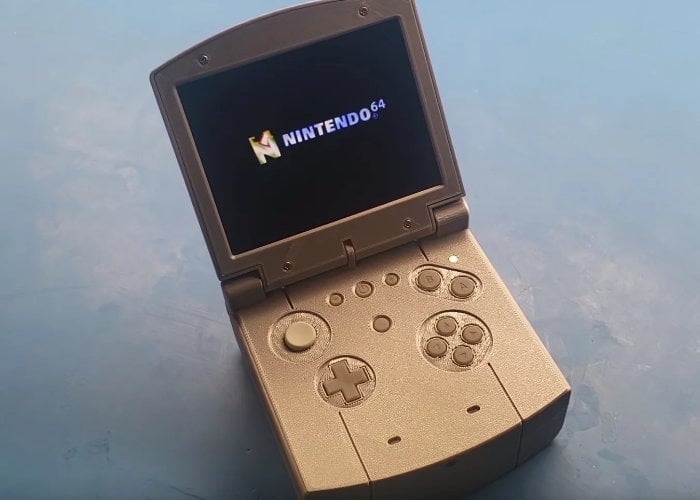 A fantastic portable Nintendo 64 games console has been created using official hardware and cartridges. Check out the video below to learn more about the project created by GmanModz, fitted with a small battery that is capable of providing up to 2 hours of gaming, single charge and can be quickly recharged using the USB-C port as well as mains powered play if preferred. On the rear of the console a cartridge slot has also been inlcuded.

“The N64 used to be the most popular system to portablize, we’d see a new N64p almost every week. Then as we pushed onto modern systems, the N64 saw less and less action. The N64 was basic enough to cut down, but was notoriously finicky when doing ambitious trims and would sometimes stop working for seemingly no reason. For a console that was portablized since the beginning of this hobby, it was the least well documented and we knew very little about its inner connections.

Modders have pondered for years if it were possible to do a PIF relocation since the motherboard is known for requiring specific trace impedances and doing a wire relocation might not be physically possible. I decided to give it a try to put the myth to rest. First I cut off the section of the board with the PIF on it. Then using the N64 rev9 motherboard compendium provided from my pal ShockSlayer, I traced out the connections and recreated everything with wires.”

For more details on the project and how the awesome portable N64 games console was created using official hardware and cartridges jump over to the Gmanmodz website by following the link below.