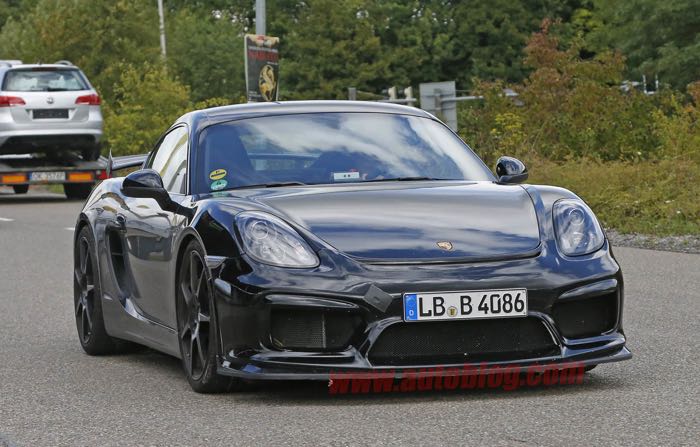 The top end Porsche Cayman at the moment is the GTS, although Porsche have been working on an even faster version, the Porsche Cayman GT4, and now the guys from Autoblog have managed to get some photos of the new GT4.

The photos of the new Porsche Cayman GT4 were shot in Germany where Porsche are testing out their new high end Cayman, which will take the place at the top of Porsche’s Cayman range.

At the moment very little is known about the performance of the new Porsche Cayman GT4, although as we can see from the photos, it gets a number of styling upgrades over the current GTS, most notable is the large rear spoiler which is featured on Porsche’s GT range of 911’s. 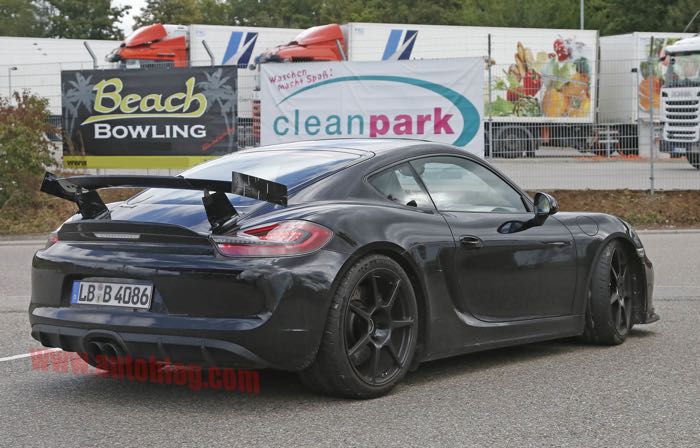 The current Cayman GTS comes with a 3.4 litre engine and 340 HP, the Cayman GT4 is rumored to come with the same engine although it is expected to come with between 370 and 400 HP, which should give it a faster 0 to 60 MPH time than the 4.6 seconds on the GTS. 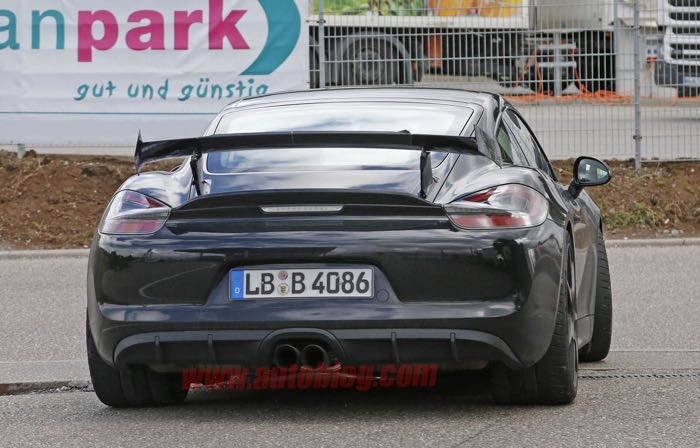 As yet there are no details on exactly when the new Cayman GT4 will be made official, as soon as we get some more details, including some performance figures we will let you guys know.