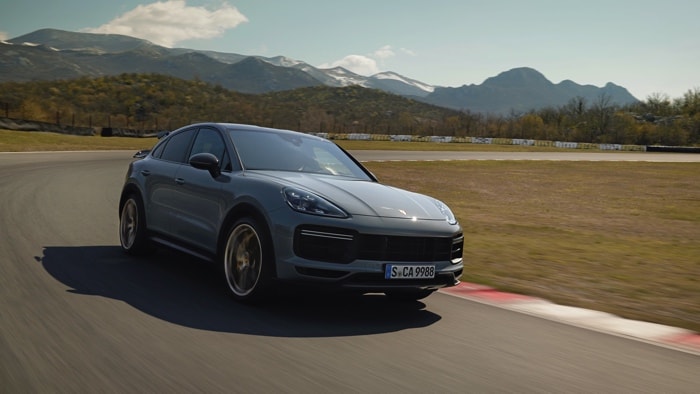 The Porsche Cayenne Turbo GT was unveiled recently and now this ultra fast SUV has made its worldwide debut at the Goodwood Festival of Speed.

The car comes with some impressive performance it has a top speed of 186 miles per hour and a 0 to 62 miles per hour time of just 3.3 seconds. The video below gives us a loot at the new Turbo GT at Goodwood.

The car looks impressive from the video and it is interesting to see it featured with other prewvious Cayenne models as well.

The Cayenne Turbo GT’s biturbo engine is currently Porsche’s most powerful eight-cylinder unit. The most extensive upgrades were carried out in the areas of the crankshaft drive, turbocharger, direct fuel injection, induction system and intercooler. The V8 of the Turbo GT differs from that of the Turbo Coupé in fundamental elements such as its crankshaft, connecting rods, pistons, timing chain drive and torsional vibration dampers. Given the increase in power to 471 kW (640 PS, Cayenne Turbo Coupé: Fuel consumption combined 11.6 l/100 km (NEDC), CO2 emissions combined 264 g/km (NEDC)), these components have been designed for higher peak loads and improved driving dynamics.

You can find out more information about the new Porsche Cayenne Turbo GT  over at Porsche at the link below.