Porsche first announced the Porsche 918 Spyder as a concept car back in 2010, we have been hearing more about the Spyder over the last few years and now Porsche has announced the final production version of this hybrid supercar.

The Porsche 918 Sypder will launch in 2015, and it features an 887HP V8 engine combined with an electric engine, it has a 0-60 time of 2.8 seconds and can travel for up to 18 miles on the electric engine alone. 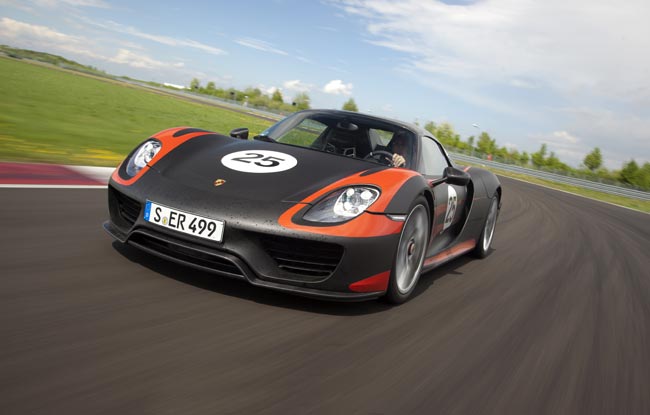 The Porsche 918 Spyder also has the potential to break many records. The current lap time for the North Loop of the Nürburgring is 7:14 minutes. This time was achieved in the presence of international journalists during test drives in September 2012 – more than a year before start of production. The 918 Spyder prototype was therefore approximately 20 seconds quicker than the Porsche Carrera GT. More test drives on the Nürburgring North Loop will follow. An even more important factor is that the 918 Spyder surpasses previous models and competitors by far in its efficiency as well. As a plug-in hybrid vehicle, it systematically combines the dynamic performance of a racing machine with low fuel consumption. To sum it up: maximum driving fun with minimal fuel consumption. 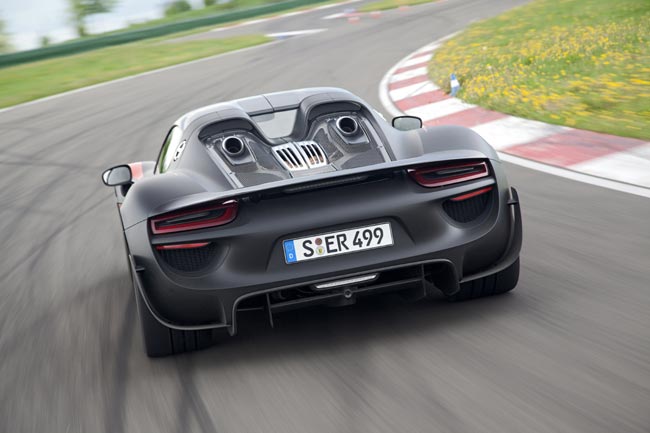 The Porsche 918 Spyder will go on sale next year, and will retail for a cool $845,000, you can find out more details over at Porsche.