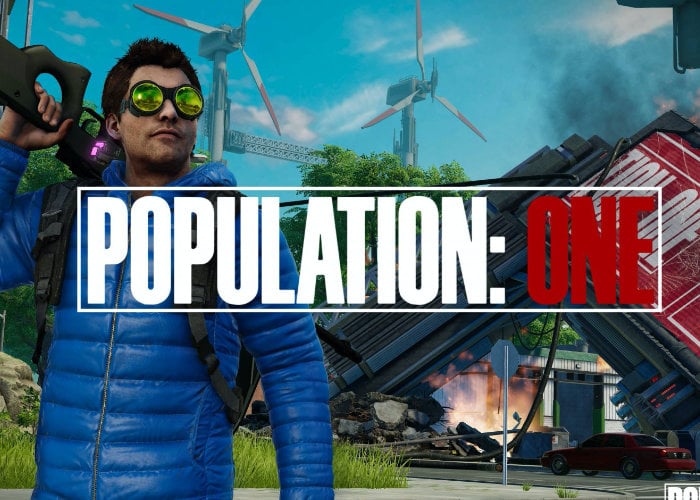 The Population One game launching later this month on October 22nd, 2020, has been created to offer virtual reality game is a squad-based VR Battle Royale style game. Check out the gameplay video below to learn more about what you can expect from this “colorful, near future world with limitless combat possibilities”. Big Box VR’s latest game offers 18-player VR multiplayer gameplay allowing teams of three to battle it out against each other to be the last players standing.

“Welcome to POPULATION: ONE, where you and your squad must fight together to survive until the end. In POPULATION: ONE, the action never stops with ongoing live in-game events and fresh content to explore. POPULATION: ONE delivers unparalleled vertical freedom and mobility with its unique Vertical combat System. “

“POPULATION: ONE delivers unparalleled vertical freedom and mobility with its unique Vertical combat System. Fly through the map to rain down bullets from above. Climb anything you see to gain the high ground advantage. Build strategic cover to protect your squad. Use your environment to FIGHT ANYWHERE. “

VR battle royale game Population One will be available on the Oculus Quest and PC VR headsets via Steam.