Sakar International and Polaroid have teamed up on a new line of Polaroid branded camcorders. The most interesting of the line is the Polaroid iS820 that is claimed to be one the world’s thinnest, and lightest true 1080p HD camcorders. The camcorder has a three-inch touchscreen that supports gestures and the body of camera is only half an inch thick. 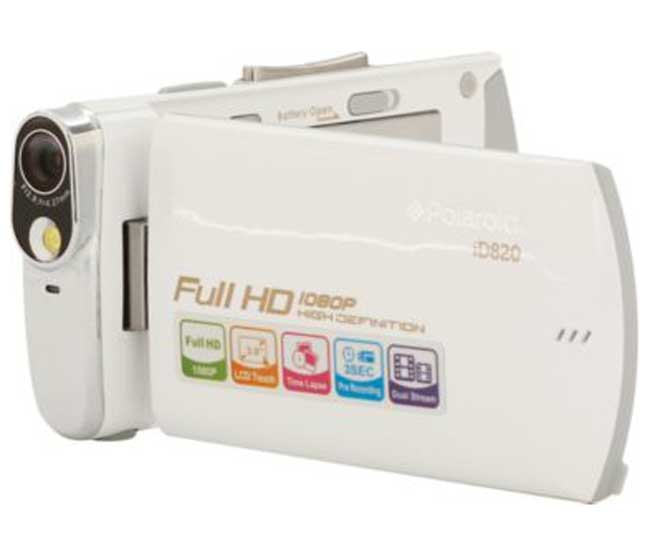 The camcorder has 12-megapixel resolution and weighs less than 4 ounces making it very portable. One of the coolest features of the camera is that you can record two sets of video at the same time on one memory card. One video is recorded is full HD resolution and the other is in lower resolution making it YouTube ready.

That means you won’t have to spend long periods processing full HD video down to fit on YouTube. The camcorder ships with a carry case and an HDMI cable. It gets power from an internal rechargeable lithium-ion battery. The camera is available now at an MSRP of $179.99.