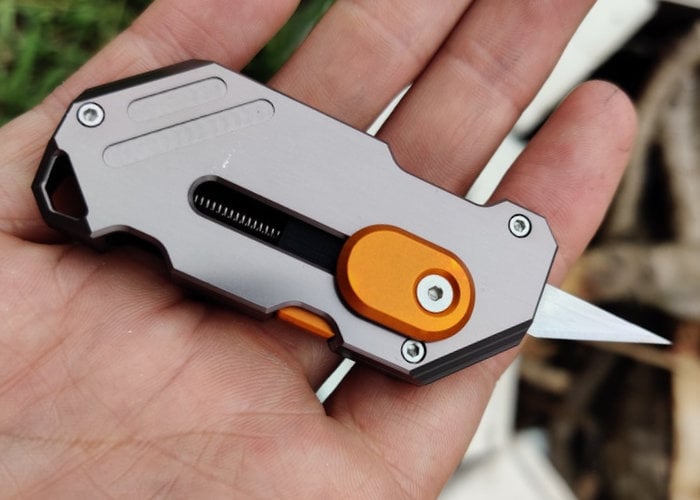 A small group of four engineers and designers have brought their skills together to create a precision made pocket EDC knife called the Project Alpha. Watch the demonstration video below to learn more about its construction and unique design.

Launched via Kickstarter this month the project already has over 250 backers and early bird pledges are available from $39 or roughly £31, with worldwide delivery expected to take place during February 2021.

“The Alpha Knife stems from an overall frustration with current craft knife designs. This is a tool we use every day, so it was at the top of list for items to redesign. Mike, our lead designer, is a hardcore maker that you may know from the Physics Anonymous YouTube channel known for building and improving things like 3D printers, lathes, electric skateboards and more. As part of the process he is constantly cutting foam core and other materials for prototypes and projects he’s working on.”

“We designed the Alpha knife to be the workhorse of your precision craft knives. The standard #11 X-acto blade is strongly clamped in place using stainless screws and will not loosen with heavy use like most of the common designs. The knife’s quick release button allows the blade to be sheathed back into the housing when you’re done, allowing you to pocket the Alpha and move on quickly to the next task.”