Pocket the developers of the awesome Pocket application formerly known as Read It Later, the app created for managing a reading list of articles from the Internet which is available from either a browser, or mobile devices.

Have today announced the release of Pocket 5.0 which brings with it a wealth of new features and functions for users to enjoy. Initially the new version of Pocket has rolled out onto iOS applications, but will soon be followed with an Android application which is launching later this month on November 20th. 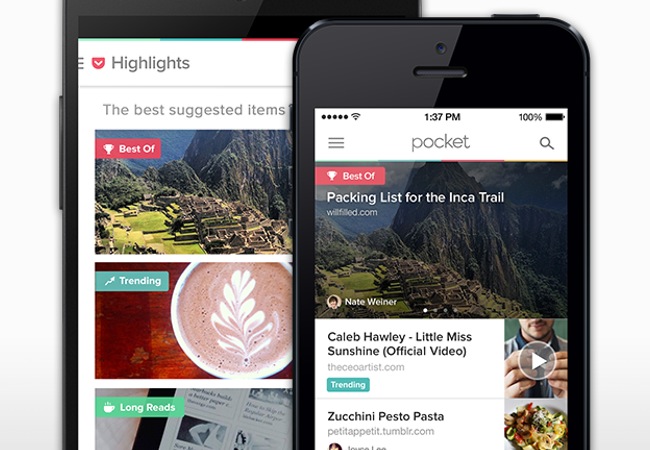 New features in the Pocket 5.0 release now make it easier to see the best and most relevant content you’ve saved to the app.

“With Highlights is split into different categories to make it easy to find the perfect item in your list: Best of (the most impactful articles and videos in your list), Trending (the most popular items being saved and shared throughout Pocket), Long Reads (for when you have a lot of time, like your commute), and Quick Reads (when you have only a few minutes to spare).

At Pocket, it’s always been our goal to make saving and consuming content as easy and fast as possible, wherever you are, on any screen. Over 800 million items have been saved to Pocket, with an additional 1.5 million being saved every day from thousands of apps, blogs, and websites.”

Pocket 5.0 is now available to download from the Apple iTunes App Store for free and provides a fantastic way of keeping a record of all those sites and articles you might not have time to read at the time of discovery. 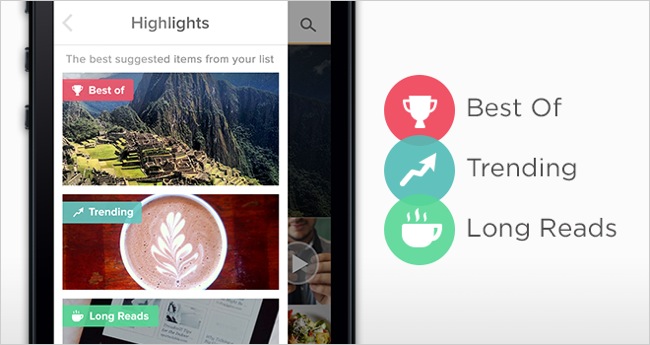