You may recall the robot baby dinosaur that was on the market a year or so back called Pleo. The robot was green and had sensors that allows it to interact with the world and do things that your average toy could not. A new updated version of the Pleo has been unveiled. 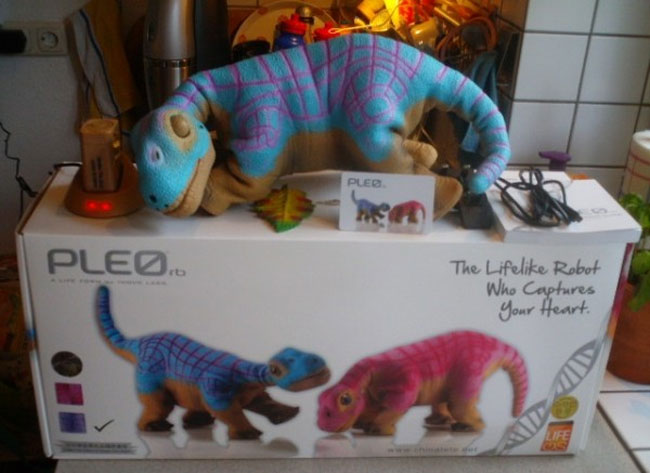 The new version is called the Pleo RB or Pleo Reborn. The original one was offered in green only, but the new one comes in pink or blue colors that also denote the sex of the dino. Other than the new color, the bots also get skins that vary and different eye colors to make each Pleo RB sold unique. The bot also has a number of new sensors that make it interact more with users and the world.

The bot can smell RFID tags and has voice recognition that will allow the dino to recognize and respond to its name when the owner speaks it. The new bot can also respond to voice commands like bow or come to me. The new sensors mean that the bot can be hurt now and need medicine and it knows what time it is and will act hungry or tired depending on the time. The bot will cost about $500 when it launches early next year.