April the 1st is always a fun day in the gadget world, and at least one company usually gets us every year and we end up writing about one of their April Fools joke as a real gadget.

Already today we have seen the the Typescreen Retro Typewriter iPad Dock and the iPad 2 taking X-Ray photos, now we have a cool new gadget which we think is this years best April Fools gadget, the Playmobil Apple Store. 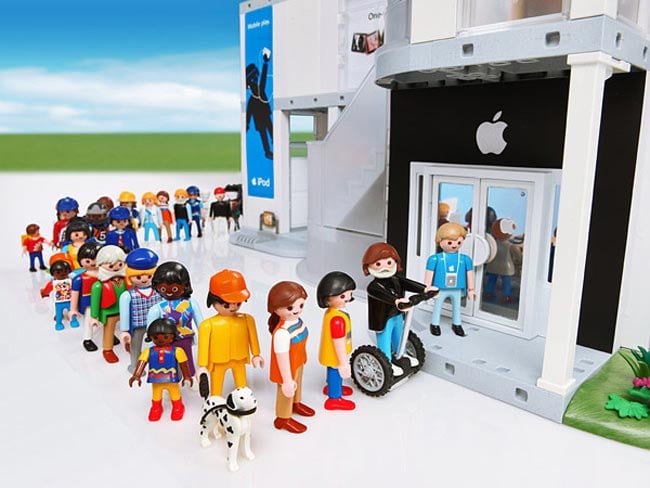 The Playmobil Apple Store is brought to us buy the guys over at Think Geek, they usually come out with the coolest April Fools pranks evry year and this years is no exception.

So when we spotted this amazing Apple Store Playset from PLAYMOBIL™ we were admittedly in a bit of a conundrum. On the one hand, it’s a product designed for children much younger than ourselves. On the other hand, it’s a tiny representation of the store which sells us all the shiny Apple goodies we can’t resist. Then we noticed that the PLAYMOBIL™ iStore includes amazingly tiny iPhones, Macbooks, and iPads.

Have a look at the video below, who knows, Apple may give them the go ahead to actually put it into production.

Happy April Fools! And thanks Mike for the tip