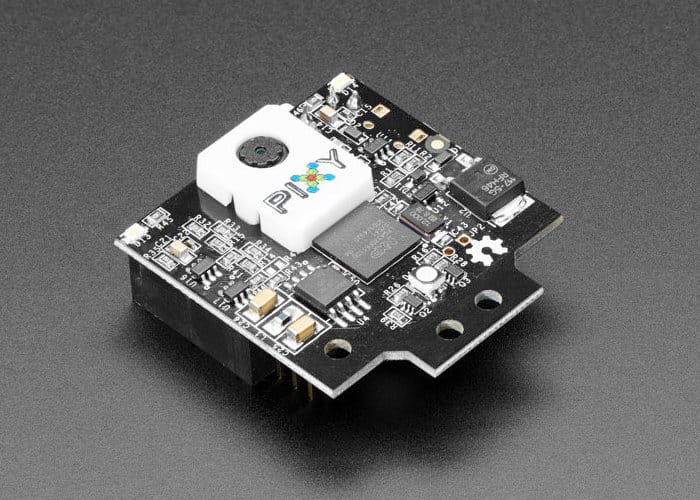 Adafruit has unveiled a new updated image sensor this week in the form of the Pixy2 CMUcam5 Image Sensor which is the second version of the Pixy, now offering a smaller, faster and more capable device when compared to the original. Additional features now include line tracking/following algorithms and more.

The Pixy2 is an image sensor with a powerful processor that you can program to only send the information you’re looking for so your microcontroller isn’t overwhelmed by data. The Pixy2 also exports its information in a variety of useful ways – UART serial, SPI, I2C, digital out, or analog out. New features added to the Pixy2 as of July 19, 2018 include :

To recap the Pixy2 is also :

– Small, fast, easy-to-use, low-cost, readily-available vision system
– Learns to detect objects that you teach it
– Connects to Arduino with included cable. Also works with Raspberry Pi, BeagleBone and similar controllers
– All libraries for Arduino, Raspberry Pi, etc. are provided
– C/C++ and Python are supported
– Communicates via one of several interfaces: SPI, I2C, UART, USB or analog/digital output
– Configuration utility runs on Windows, MacOS and Linux
– All software/firmware is open-source GNU-licensed
– All hardware documentation including schematics, bill of materials, PCB layout, etc. are provided