Pinterest the social sharing site which has taken the Internet by storm, will soon be releasing a new iPad application together with a new redesign for its website. Pinterest was launched back in 2010, and over the last six months it has seen phenomenal growth and now is within the worlds top 10 social networks. 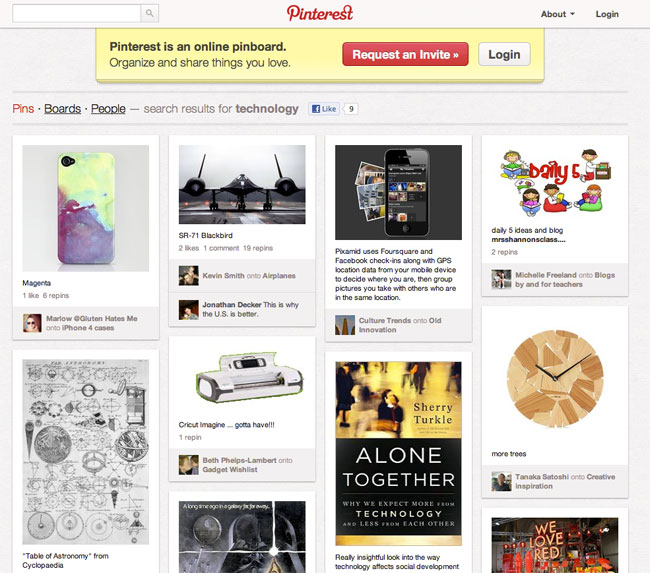 Pinterest currently has more than 11 million unique monthly users, according to recent numbers from Internet-monitoring firm comScore. Pinterest’s co-founder and CEO Ben Silbermann spoke at South by Southwest’s Interactive conference explaining: “It’s a really humbling feeling that all these people are using something that you helped make,”.

Silbermann then went on to confirm that a new redesign to their website was currently being developed together with the new iPad application to complement the already existing iPhone App recently launched. The Pinterest is also developing an new API to be released shortly that will enable pin content from sites like Hulu, Vimeo, and Netflix.