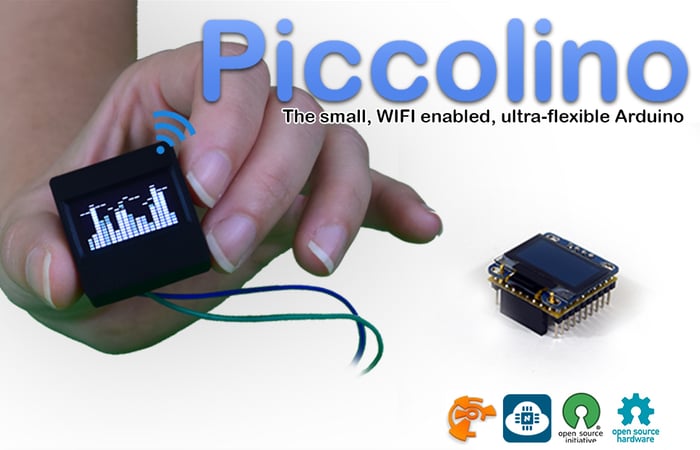 World Class Technologies has unveiled a new OLED Arduino screen called the Piccolino, that is also equipped with a WiFi, SRAM and a handy SD Card reader all in one handy device.

Piccolino is being marketed as the world’s first compact Arduino with integrated OLED, WiFi, SD Card together with +32K SRAM. 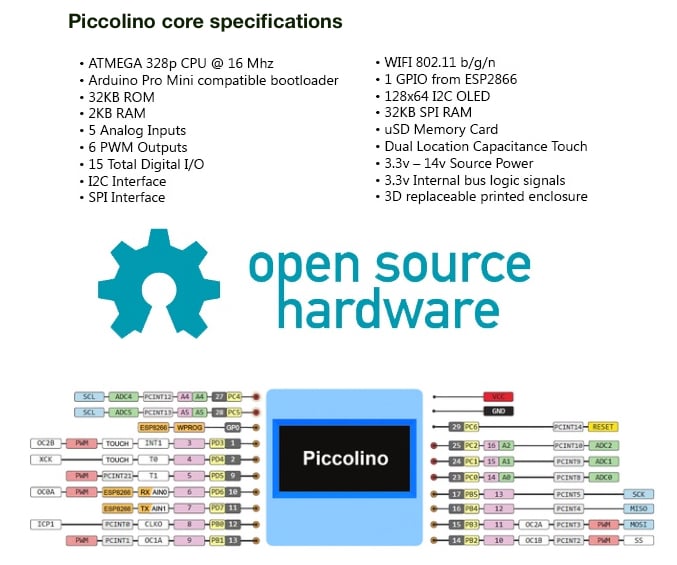 The Atmel328p is used in thousands of Arduinos with enthusiasts and professional engineers around the world developing projects with it every day. Piccolino is built on the success of the Arduino micro-controller and adds 2 individual touch (capacitance) zones on the bezel, a bright low power 0.96″ OLED display, 32KB of static RAM, a uSD card with Gigabytes of storage and a powerful programmable (reliable) WIFI module making it the perfect low-cost, high performance choice for your next project.

No new programming languages to learn, no monthly fees to pay for the service. It’s yours to create whatever you want, whenever you want.”

For more information on the new Piccolino OLED Arduino screen jump over to the Kickstarter website for details and to make a ledge from $24.