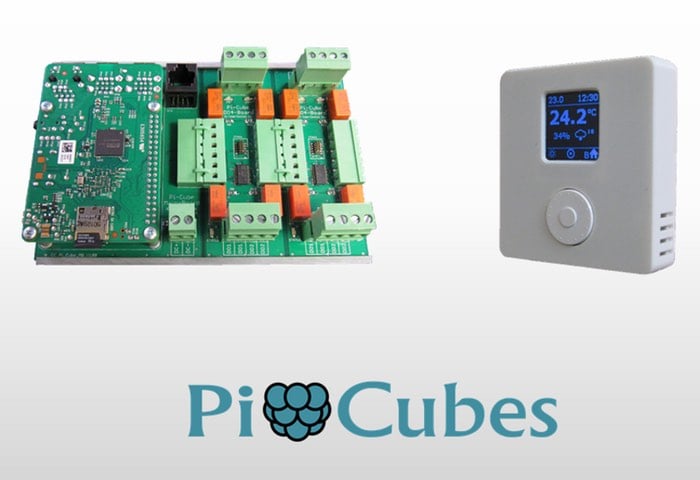 Cube-Controls have created a new Raspberry Pi mini computer powered HVAC automation system that has taken to Kickstarter to raise the $5,000 in funding it requires to go into production.

The Pi Cubes have been designed to provide makers and hobbyists with a modular HVAC automation system that supports up to 24 x I/Os and four thermostats.

Watch the video below to learn more about the new Pi Cubes for its creators. Who explain :

Pi Cubes is modular DIY/Hobby HVAC Automation system based on the Raspberry Pi Linux Board.
System is designed on the principles that commercial Building/HVAC automation systems are designed, only leveraged down to the Hobby/DIY market.

Pi-Cubes provides a complete solution by using Raspberry Pi to control your home HVAC system in any complexity. You may control your Furnace, Boilers, Humidifiers, Air Handler Units, Dampers, Valves and any other HVAC equipment.

Pi-Cubes may be used not just for HVAC automation, with choice of different I/O boards you may control your garage door, garden sprinklers and anything else that could be automated. Raspberry Pi provides a wide range of programming options, from Python, Node JS, C/C++ and all kind of existing control frameworks.

Jump over to the Kickstarter website for more details and to make a pledge via the link below.