Short-range transports are the quiet revolution shaping the automobile business these days. No surprise then that various scooters, tricycles, and even unicycles have been getting a lot of coverage here at Geeky gadgets lately. Though its configuration is familiar, a design team commissioned by Peugeot had a hyper-futuristic take on the tricycle that’s uniquely French—elegant and stylish. 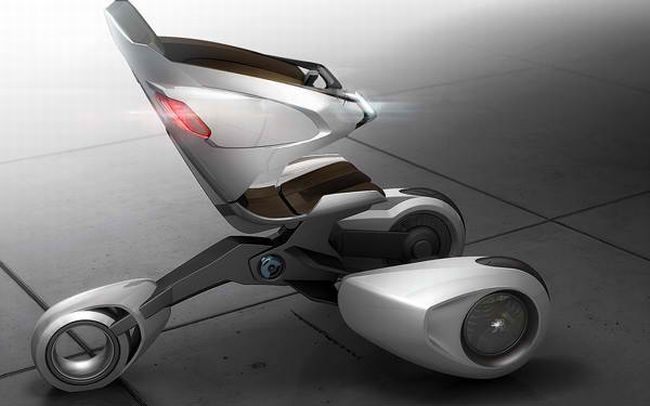 Since it’s a concept, there’s no use enumerating its specifications, though its e-motor is supposed to give it enough oomph for a decent 35mph. The team behind the silvery XB1 envisioned their compact ride in the near future when automobile transport as we know it has shifted outside cities, leaving ample room for pedestrian alternatives.

However, there is a pressing concern when it comes to this particular trike; since it won’t be mass produced (if ever) in various color combinations, how does the citizen identify their ride when a whole row of these XB1’s are sitting in a corner somewhere? A GPS locator via a smartphone is how.

Don’t expect this to be on European streets any time soon. The projection for the Peugeot XB1 is around 15 to 20 years from now. It’s certainly better than a silly electric rickshaw.