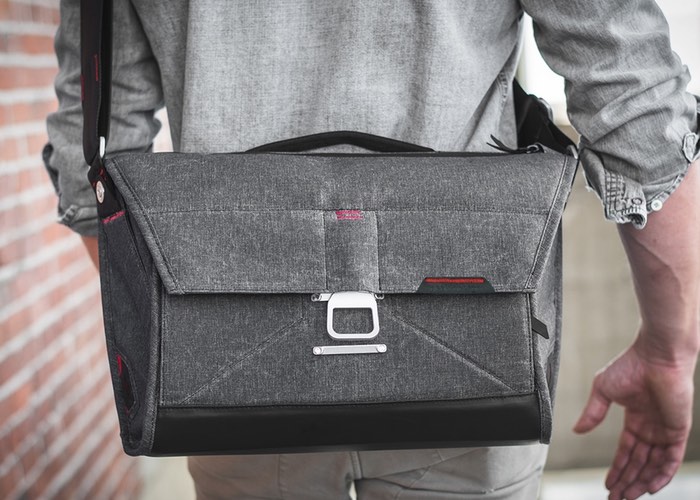 Peak Design has now finished their latest Kickstarter campaign which was started to fund the new Everyday Messenger gadget and camera bag, during which the company hoped to raise $100,000 to help take it into production.

After 30 days the campaign has now finished with a massive $4,869,472 in funding, thanks to over 17,000 backers. Making the new Everyday Messenger bag a huge success and the most funded bag ever via the Kickstarter site.

Peak Design have previously launched other Kickstarter campaigns which started the business and provided backers with camera fixings and straps.The latest camera bag has been developed with the help of Trey Ratcliff who helped the Peak Design team create the final design. Its development team explain a little more.

The Everyday Messenger is a beautiful, intelligent and adaptable messenger bag designed around the workflows of photographers, creatives, travelers and commuters. It’s more than a camera bag, it’s your day-to-day essential carry workhorse, and it does things other camera bags can’t.

The Everyday Messenger is not just a camera bag, it’s an everyday bag. And since no two days are quite the same, we designed a shell that expands greatly to accommodate the perpetual “one last thing,” and also lets the bag maintain its shapely figure when your load is light.

Don’t worry if you missed the original Kickstarter campaign you can still make a pre-order by visiting the Peak Design website via the link below.