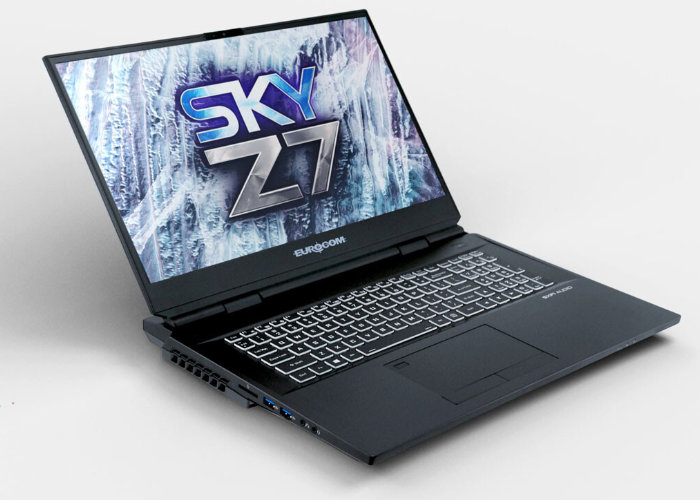 Eurocom has this week introduced the world’s first PCIe 4.0 equipped laptop, in the form of the EUROCOM Sky Z7 R2 laptop which sports an Intel Z590 Express chipset and allows you to choose from a range of NVIDIA GeForce RTX GPUs including the powerful NVIDIA GeForce RTX 3080. The EUROCOM Mobile Supercomputer has been specifically created and built to be fully upgradable and features upgradeable, non-MaxQ GPU (via MXM 3.1 V 2.0 technology), desktop level CPU (via LGA1200 socket), with easy-to-access and fully-upgradeable internal hardware, battery and external power. 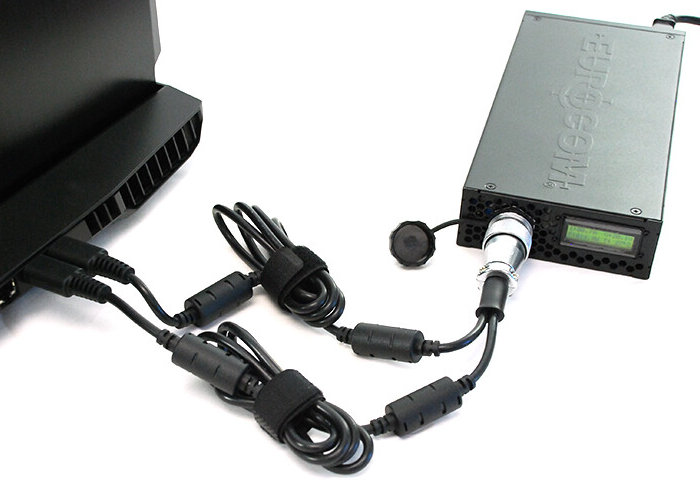 Plethora of Ports & Thunderbolt 4
The Sky Z7 R2 offers a wide variety of ports, such as one USB-C 3.2 Gen2 Type C, two Thunderbolt 4, three USB 3.2 Type A, two miniDP 1.4, two DC-in, one HDMI 2.0 output (with HDCP), one 2-in-1 Audio jack (Headphone/Microphone), one 2-in-1 Audio jack (Microphone/SPDIF Optical) and one RJ-45 LAN port, which adds up to a total of 14 I/O ports. Besides the large number of ports, the upgraded chipset also gives access to faster connections as well- such as USB 3.2 Gen2 x2, with transfer speeds up to 20 Gbps.