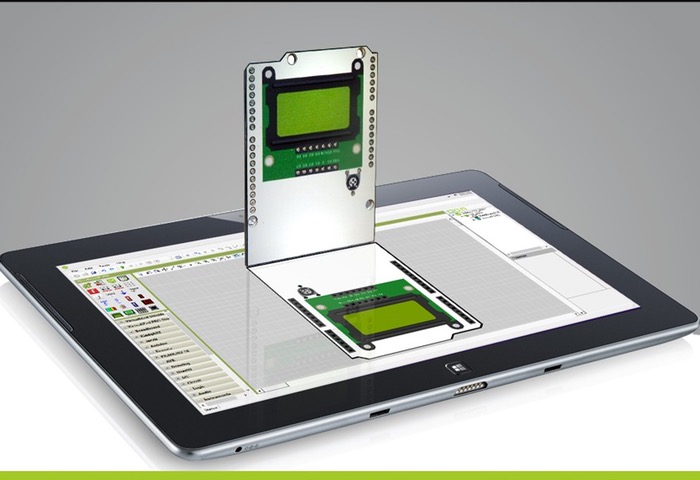 Makers, developers and hobbyists that are looking for a virtual breadboard might be interested in a new application and service created by James Caska based in Amsterdam.

The PCB Direct virtual breadboard has been created to allow anyone to create interactive virtual breadboard circuits for platforms such as Arduino, ARM, PIC, Raspberry Pi and more, with the ability to then go directly to a manufacturable PCB within minutes says its creator.

The unique virtual breadboard app and service is currently over on the Kickstarter crowdfunding website looking to raise €5,000 to become available internationally. Watch the video created by Caska below to learn more about this interesting PCB application and how it may be able to help your projects developed further and quicker.

“Ease-of-Use and Low-Cost-of-Ownership are the two key drivers in the emerging global phenomena DIY Manufacturing. In a very real sense owning DIY machines is an opportunity to personally own productive capital that only a few years ago was far beyond reach. These days if you can’t own it personally then there is a growing collection internet service or local providers such as FabLabs that enable access to this productive capacity.

The ambition of the PCB Direct is to create a Printer that will join the ranks of essentialDIY Machines by making it easy and inexpensive to add electronics to designs you can make yourself. Even for non experts. Virtual Breadboard (VBB) as the name suggests it is a software tool which you can use to layout electronic circuits using the solderless Breadboard paradigm.

Breadboarding is a very concrete way to build electronic circuits and almost all electronic starters begin with and intuitively understand Breadboard circuits. However Breadboards are not a practical way to deploy a permanent electronic application. That’s what PCB’s are for.

Traditional PCB design has been around a long time and there are already plenty of schematic capture and PCB layout tools out there. I like to think VBB ‘thinks different’. So I focused instead on how I could turn a Breadboard layout directly into a PCB without any additional steps. The PCB Direct system is currently up and running using an off-the-shelf CNC milling machine and a test order of PCB templates.”

To be one of the first to put the new virtual breadboard through its paces by jumping over to the Kickstarter website to pledge from €34 and start creating your very own PCB hardware, via the link below.