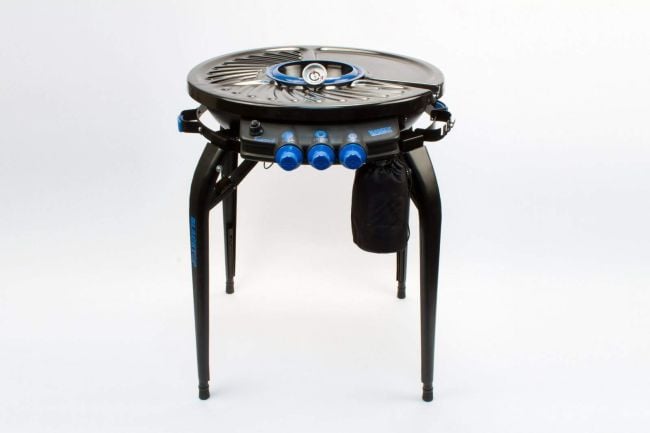 Fine, so it bears a resemblance to a mechanized alien equal parts War of the Worlds and  Star Wars droid when unused. Don’t fret though, because the Blacktop has a bunch of features that puts others of its kind to shame.

Not only can it be used to cook the usual burgers and ‘dogs, but it handles fries as well. Ditto onion rings, fried chicken, and maybe a couple of buns. In short, the Blacktop has got what it takes to serve up a full blown party.

Was it mentioned that the Blacktop is also a griddle? Oh yeah, one final bit. The Blacktop 360 sells for $249. It’s a lot for gear that does a lot.