We have seen quite a few remote controlled helicopters here ate Geeky Gadgets, but this new one from Parrot has to be the coolest so far, the Parrot AR.Drone.

The Parrot AR.Drone is a quadricopter, which means it has four helicopter blades that are used to fly it and also to move around, it also has two built in cameras. 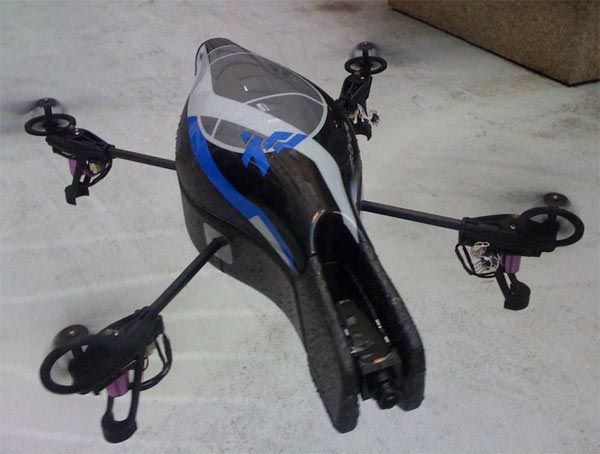 The coolest part about the Parrot AR.Drone is that it can be controlled via your iPhone, and you can see in real time on your iPhone what the AR.Drone sees through it’s video cameras, check out the video of it in action below.

The AR.Drone is controlled by the iPhones accelerometer, if you move your iPhone forwards the quadricopter moves forwards, if you move it sideways it will turn in the direction you moved your iPhone.

The AR.Drone will go on sale some time later this year, unfortunately there is no word on pricing as yet.