If you are all your household owned multiple smartphone and tablet devices a new universal dual tablet and smartphone dock called the Paradock might be worth more investigation.

The new Paradock has deconstructed from a weighty 3.5lb aluminium block which is then been coated to provide a soft touch rubber non-slip coating. The weight of the dock means that when you removed your devices the dock does not lift and remains on your desk unlike others we have tested. Watch the video after the jump to learn more about the Paradock project and see it in action. 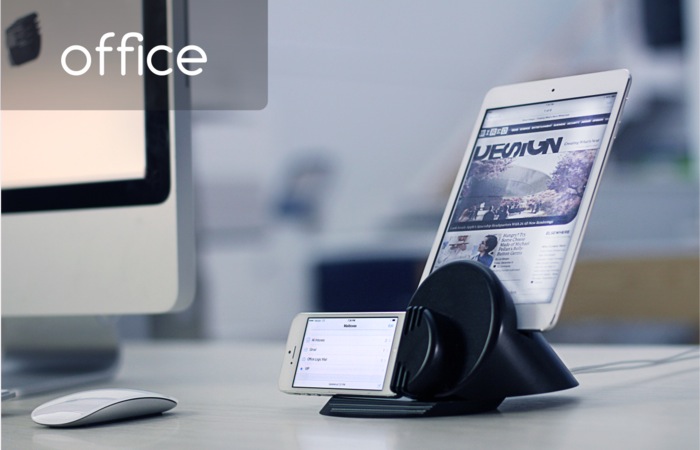 Joe Adams the designer of the Paradock universal tablet and smartphone dock explains : “Weighing in at a hefty 3.5 lbs. and covered in a soft touch rubber non-slip coating you can quickly and easily pull your devices on the run and paradock will not even flinch. No “sticky pads” to wear out, it’s just flippin’ solid!

Most households have more than one device Paradock let’s you charge one or two phones or tablets simultaneously. For smartphones with bottom speakers sound is directed and amplified towards the front of paradock where you need it.”

The Paradock universal dock supports phones/tablets, landscape/portrait, single/dual, case-on/case-off made by Apple, Samsung, HTC, LG, Motorola, Nokia, Sony and Blackberry. So if you think Paradock is something you could benefit from, visit the Kickstarter website now to make a pledge and help Paradock become a reality.