FiftyThree the development team behind the awesome Paper iOS application, has this week announced they have raised $15 million to fund the creation of an awesome Office suite of applications for us to enjoy.

FiftyThree launched their Paper iOS application last year and won the hearts of many iOS users providing a simple and intuitive way to draw and create on Apple’s iPad tablet. 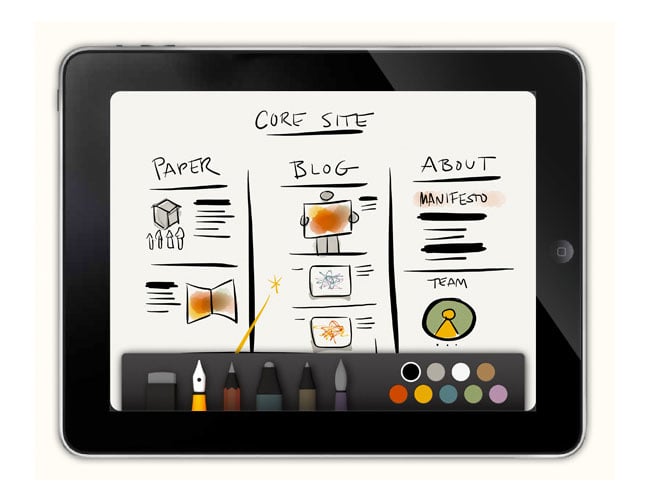 The Paper iOS application has been downloaded more than 8 million times since its launch and now the same development team would like to create a new Office suite of applications for mobile devices. The team explains:

“Today we welcome Chris Dixon and the Andreessen Horowitz team (who’ve worked with top toolmakers GitHub, Pinterest, and Instagram) alongside Highline Ventures, Thrive Capital, SV Angels, Jack Dorsey, and others to help us build the essential suite of mobile tools for creativity.

With their partnership we’ll be able to expand our software, service, and hardware teams to take on bigger questions around collaboration and physical creation. Yet there is much more to do. We are especially focused on two areas:

TRUE COLLABORATION—Social media has changed the way we communicate, but real collaboration has been left behind. Still nothing has surpassed the simple act of sitting down in a room with a group of motivated people. We believe a breakthrough around collaboration will revolutionize the creative process. How we work together. How we discover new collaborators to work with.

PHYSICAL CREATION—Tools have helped us evolve and we’ve evolved to use tools as a way to extend our ability to express something. And that doesn’t end at the touch screen. Moving beyond touch and into the physical world of accessories opens up creating with greater dexterity and expressiveness.”