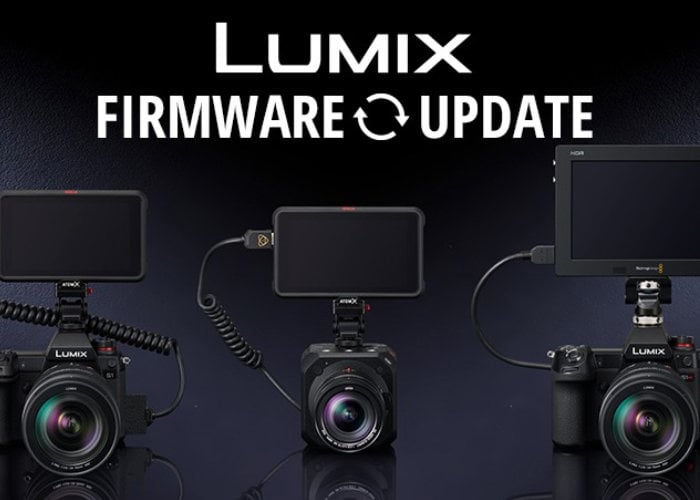 Panasonic has this week released a new firmware update for its range of Panasonic Lumix cameras in the form of the S1H, S1, S1R, S5 and BGH1, to further enhance the performance and usability of the cameras. Updates include support for 6K video shooting on their S1 camera and the latest firmware also introduced 6K Blackmagic RAW recording for the Panasonic S1H camera.

“Panasonic is proud to announce the release of firmware updates for the LUMIX S Series full-frame mirrorless cameras DC-S1H (Ver.2.4), DC-S1 (Ver.2.0), DC-S1R (Ver.1.8), DC-S5 (Ver.2.2) and the Micro Four Thirds box-style mirrorless camera DC-BGH1 (Ver.2.0) to further enhance their functions, performance and usability. As firmware updates are a key component of the value-added service of LUMIX, Panasonic is committed to addressing and continuing to offer them as much as possible.

As a video-centric flagship camera of the S Series, the LUMIX S1H has been evolved with several firmware updates in the past. In addition to Apple ProRes RAW recording, the S1H complies with 5.9K RAW video data output and recording as Blackmagic RAW on Blackmagic Video Assist 12G HDR as a full-frame mirrorless camera for the first time in the industry*. Providing two alternatives for RAW workflow, the S1H corresponds more to the wide-ranging creative needs. This firmware will also be available for free of charge.”

The new firmware is now available to download and focuses on the S1H, S1, S1R, S5 and BGH1 Panasonic cameras. For more information on all the updates with the latest firmware as well as links to download the latest update jump over to the official Panasonic website by following the link below.