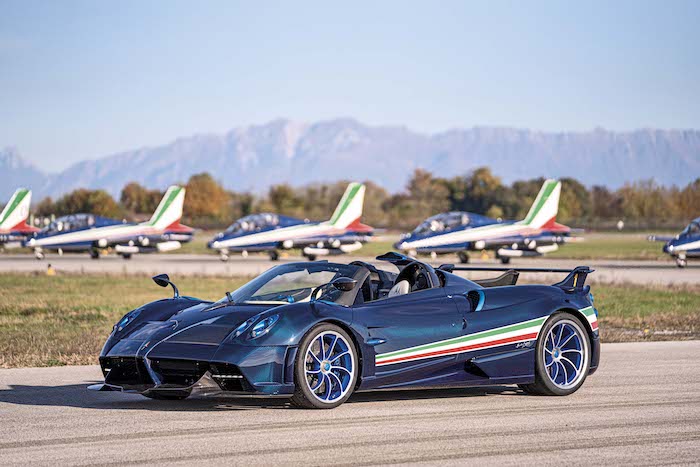 Pagani have unveiled a new limited edition version of their Huayra, the Pagani Huayra Tricolore and it will cost a massive €5.5 million.

The new Pagani Huayra Tricolore will be limited to just three cars and it pays tribute to 60 years of the Frecce Tricolori, the world’s largest aerobatics patrol.

Once again three unique creations, an ultra-limited edition to capture another unrepeatable moment in time. As a tribute to the Frecce Tricolori and their 60 years of history, each of the three Huayra Tricolore examples bears the iconic numbering that defines the three main leaders of the formation, which usually consists of ten aircraft: Number 0 – Commander: He is the eleventh member of the patrol and directs the display from the ground, as well as all the stages of mission planning and training; Number 1 – Head of Formation: He leads the patrol during all aerobatic manoeuvres. His commands decide the pace of the flight; Number 10 – Soloist: He splits off from the group in the most spectacular sequences. His job is to show the high performance of the aircraft in flight, respecting the entry times between the figures of the formation. 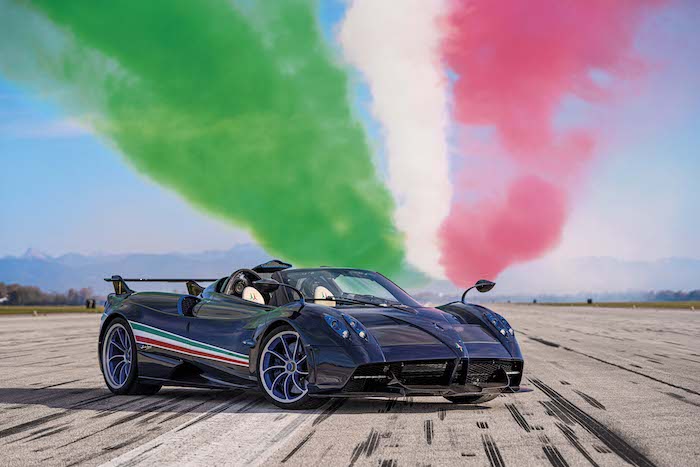 You can find out more details about the new Pagani Huayra Tricolore over at Pagani at the link below.