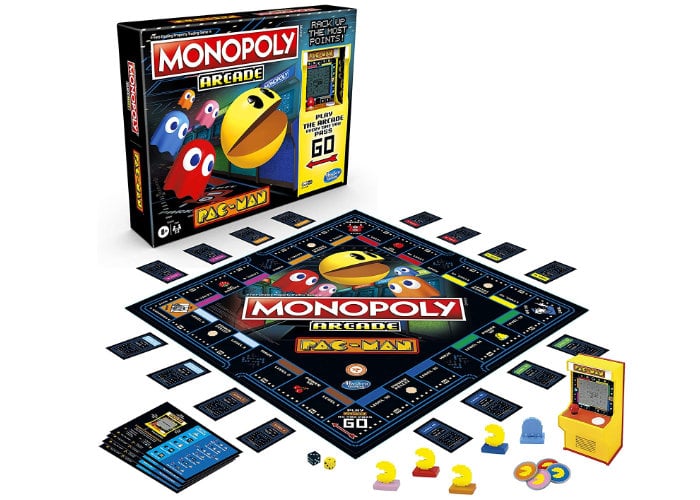 Hasbro has this week announced the availability of a new version of Monopoly based on the iconic Pac-Man arcade game. In the Pac-Man themed Monopoly game, players buy, sell, or steal Levels and perform various other actions as a race around the board trying to dodge the Ghosts. Each time a player passes Go they get to play a mini game of Pac-Man on the included mini Pac-Man arcade console. 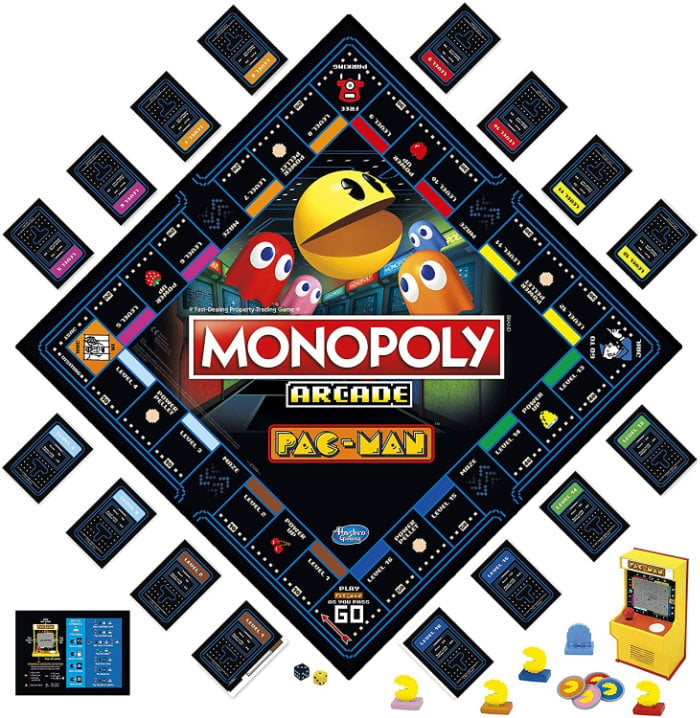 – MONOPOLY GAME WITH PAC-MAN THEME: Did you play the classic Pac-Man arcade game back in the 80s? Relive favorite moments with this Pac-Man themed Monopoly Arcade board game
– ARCADE IS BANKING UNIT: In the Monopoly Arcade Pac-Man game players play for points instead of money. Earn points by buying Levels and playing mini games of Pac-Man on the banking and arcade unit
– THE GHOST: Players move around the board as Pac-Man, and also move the Ghost token on their turn. The Ghost Die determines how far the Ghost token moves
– POWER UP, POWER PELLET AND MAZE SPACES: Players move around the board and can advance to or steal a Level depending on the space they land on. If they pass or land on Go they get to play Pac-Man
– FOR PAC-MAN FANS: Players insert their plastic arcade coin into the banking and arcade unit to check scores, pay rent, buy, sell, or steal Levels, play mini games of Pac-Man, and more