The highly-anticipated Oppo N1 running CyanogenMod is finally available for sale for just $599 for the unlocked version of the handset. In case you don’t know, Oppo N1 is certified by Google and comes with the official version of Google Play Store.

The handset packs a 5.9-inch full HD display sporting a resolution of 1920 x 1080 pixels, the device is powered by a quad core 1.7GHz Snapdragon 600 processor and comes with 2GB of RAM. 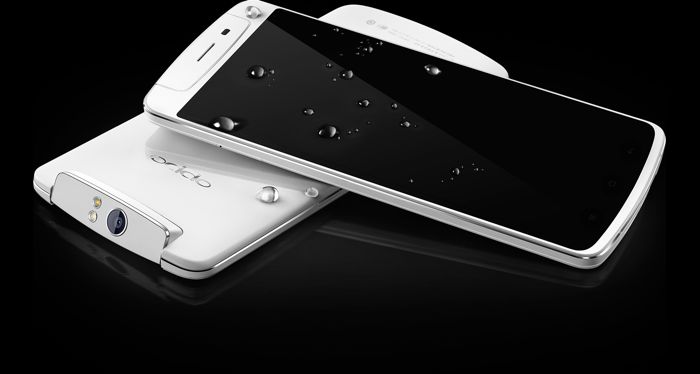 It is Christmas Eve, and the official launch of the first ever phone to ship with CyanogenMod! The device is available now via OppoStyle and select re-sellers.

The CM Edition Oppo N1 is a milestone for us, and this launch is no minor achievement – it is the culmination of over fours years of work by CM contributors and developers around the world.

We are going one step further. In addition to releasing the factory images – allowing N1 owners a safe return from their hacking hijinks – we are making available the accompanying source for not only the shipping 10.2 codebase, but the latest and greatest CM 11 code.

Oppo N1 comes with Android 4.3 and CyanogenMod 10.2 pre-installed out of the box. The most interesting feature of the handset is the 13MP rotatable camera that can be used a rear camera for photos and videos, as well as a front-facing camera for video calls.

Other features include 16GB storage, GPS, WiFi, DLNA, Bluetooth, NFC, WiFi Direct, GPS and a 3,610 mAh battery. Unfortunately, the handset doesn’t support LTE, which might turn out to be a disappointment for users. Are you going to buy the new Oppo N1 with CM?