If you have some waters near you that you would like to explore without the need to get wet. A new project called the OpenROV lead by NASA engineer and researcher Eric Stackpole has created a low cost open source exploration submarine.

The OpenROV Project can explore depths of up to 100 metres and is powered by just eight C-cell batteries. The batteries provide the small submarine with enough juice to explore the depths for around 1.5 hours. 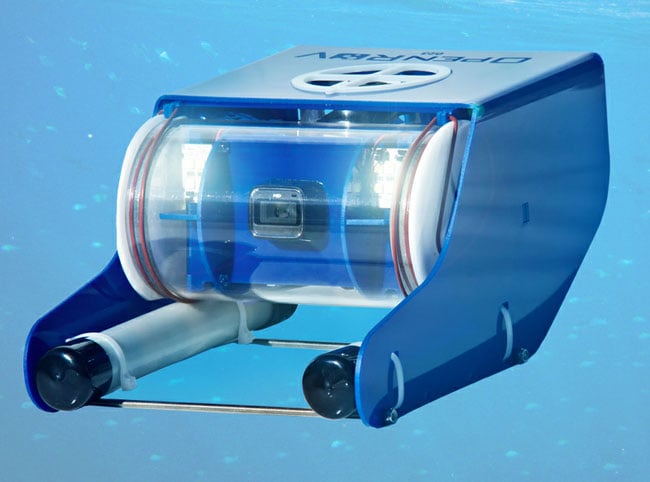 The tiny submarine weighs around 5.5 lbs can move along at around three feet per second and is constructed from a laser cut acrylic frame. Which houses a HD web camera and LED lights. Users control the OpenROV is via a web browser and the video feed from the HD web camera.

“OpenROV is a DIY telerobotics community centered around underwater exploration and education. The community has developed a low-cost telerobotic submarine that can be built with mostly off-the-shelf parts and is increasingly capable of doing serious scientific research. The goal of the project is to democratize exploration by allowing anyone to explore and study underwater environments. The OpenROV community is also laying the foundation for globally-connected citizen scientists to share their data and findings.”

Stackpole hopes to take pre-orders for the first OpenROV Project kits via Kickstarter during the summer months, for around $750. With fully assembled kits also shortly being available.