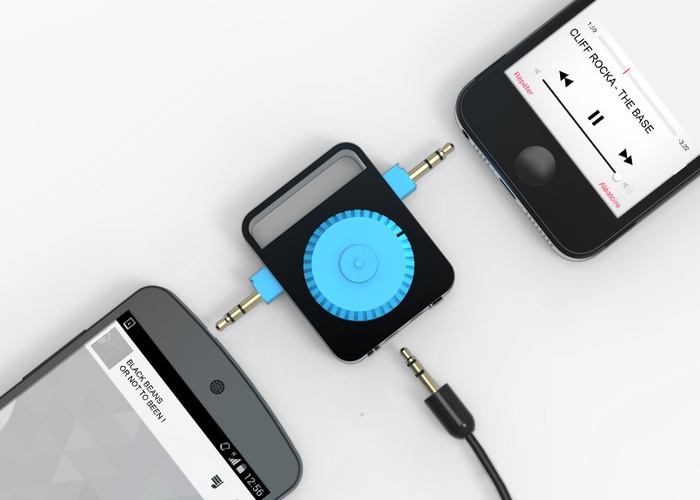 Anyone who enjoys listening to music from a smartphone, MP3 player or tablet devices might be interested in a new audio mixer called the Openmix which has been created by Gabriel Danet and which claims to be the smallest audio mixer in the world.

The Openmix has been designed to provide a small, stylish and simple solution to mixing audio from your smartphone devices.Watch the video after the jump to learn more about the pocket audio mixer project and see it in action.

Then tiny audio mixer is fitted with a miniaturised audio crossfader and once you have connected two audio sources to your Openmix and plugged in a speaker or sound system, you can share and mix music anywhere. Its creator explains:

“When people love music as much as we do, quality of sound is a real issue. So for this reason, beyond just focusing on a simple sleek look for Openmix, we’ve also worked hard at ensuring the electronic design provides a high quality musical experience. To do this we’ve made sure to select high quality components such as gold plated connectors and a customized high quality crossfader.

Additionally, we’ve iterated through multiple circuit designs to ensure that the quality of sound is maintained as it passes through the Openmix device.  Listen below to hear an example of an Openmix in action and the ability to mix between two audio tracks without any sound quality losses.”

The Openmix project is currently over on the Kickstarter crowd funding website looking to raise $65,000 in pledges to make the jump from concept to production.

So if you think the Openmix is something you could benefit from, visit the Kickstarter website now to make a pledge and help the Openmix audio mixer become a reality.