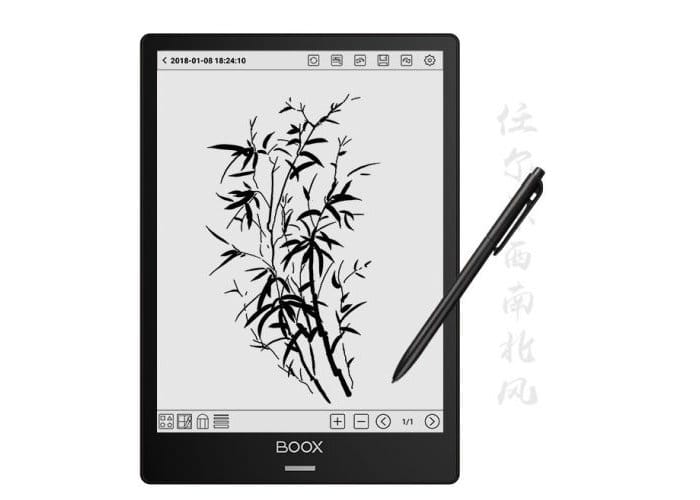 Following on from their official unveiling back in CES 2018 during January this year, Onyx has today announced the availability of both the Onyx Boox Note and Onyx Boox Max 2 throughout Europe priced at €462 and €671 respectively.

Both the E Ink slates are equipped with larger higher resolution displays than repeating devices such as the Amazon Kindle and also provide input from a pen stylus allowing users to take notes and sketch directly onto the screen. Check out the demonstration video below to learn more about both the new E ink tablets.

The Boox Max 2 has a 13.3 inch, 2200 x 1650 pixel E Ink Mobius display, offers Bluetooth 4.0, a headphone jack, and a micro USB port. The Boox Max 2 also offers a unique feature in that it can be used as a secondary display once attached to a computer using the HDMI input.

The new Onyx Boox Note E ink slate As equipped with a 10.3 inch E Ink Carta display offering capacitive touchscreen support and users a resolution of 1872 x 1404 pixels and is equipped with a 1.6 GHz quad-core processor supported by 2GB of RAM and fitted with 32GB of storage. Other features include a rechargeable 4,100 mAh battery and connectivity provided by 802.11n WiFi, Bluetooth 4.1. Other connections include a USB Type-C port, stereo speakers, a microphone, and a Wacom stylus.