If it’s one thing we’ve learned over the years, which was also rather eloquently illustrated in the last few days by Sony and now OnLive, is that you can’t beat free stuff as an attention grabber. We’re not entirely sure about this whole “give away the game you’re about to launch and which you expect people to pay for tomorrow” business model, but at least they’re probably getting people to try their platform, so that’s something. 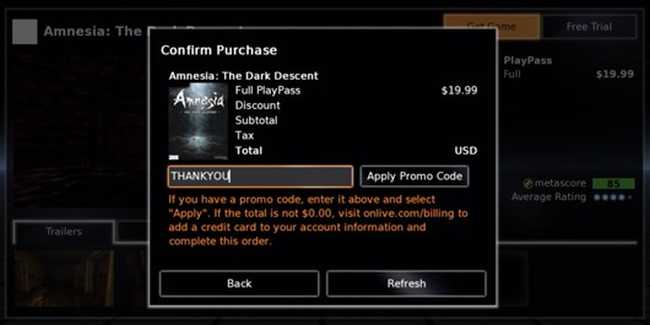 You may remember Amnesia The Dark Descent as that indie horror game that people can’t shut up about, either gushing over it or the exact opposite. Getting it sounds like a snap, you just need to enter the either presumptuous or entirely decent, depending on how you look at it,  “THANKYOU” promo code on the checkout page. Playing it might be an entirely different matter, since you know, OnLive.