Because some people don’t get it that one uses headphones to shut the world out, Joe Doucet comes up with ultra-fierce headphones that clearly says, “Do not Disturb.” 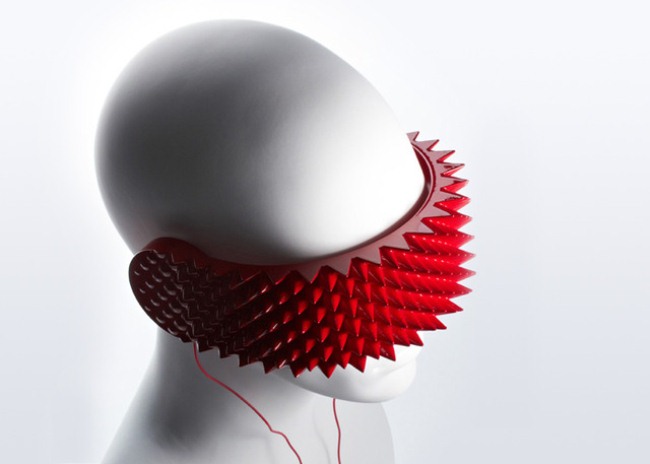 Called OneSense, the piece is intended to also cover the eyes, complete with red spikes on the outside. “OneSense not only obscures environmental sight and sound from encroaching on the wearer, but utilizes the color red and a display of spikes, drawn from nature’s symbols for warning and defense, to alert others not to intrude,” says the designer.

More than just being headphones, OneSense is a statement for the need for some peace in the current state of the world. According to Doucet, “In an age where technology allows for a constant bombardment on our senses, where tablet computers and smartphones mean we are reachable 24/7, OneSense symbolizes the human need for periods of peace and tranquility.”

OneSense will be exhibited in Milan this April 2012.