OnePlus One is one of the highly anticipated handset to hit retail this year. The device is set to launch on April 23rd, and the company has dropped a few teasers about what the handset will bring at the table in terms of specifications.

We haven’t seen any leaked image of the handset until now. Recently, a user posted an image of the OnePlus One handset, with a never settle back panel of the device, suggesting it might be an early prototype of the device. 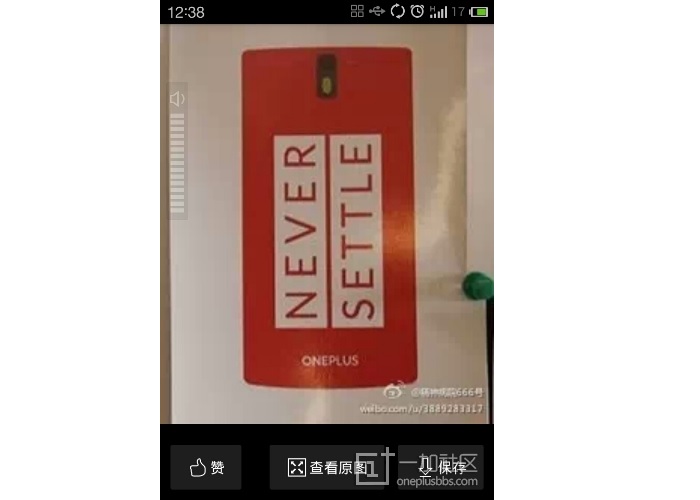 The image could be fake as we have no way to confirm its authenticity, so a grain of salt is required. The final version could turn out to be totally different than this, but this is the first time we came across an image of the purported OnePlus One.

As far as specifications are concerned, the handset comes with a 5.5-inch display sporting a resolution of 1920 x 1080 pixels, a quad-core Snapdragon 801 SoC with a clock speed of 2.5GHz.

Other features include 3GB of RAM, 13Mp camera for photos and videos, a 3,100 mAh battery to make sure there’s enough juice for the handset, and runs Cyanogenmod based on Android 4.4.2 KitKat.

We’ll get more details about the handset, as well as its pricing on April 23rd. Stay tuned and we’ll update you.