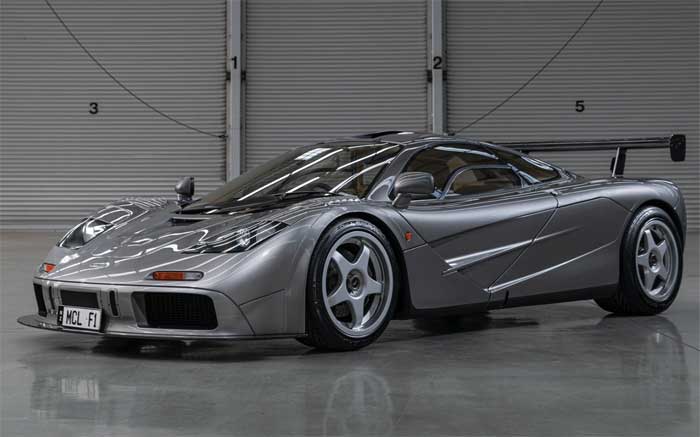 The McLaren F1 is already one of the most sought after and rarest of supercars from the ’90s. McLaren built only 106 F1 cars total, and that number includes racing cars. There were only 64 road cars built.

Of that 64 unit run, only two were converted by McLaren to LM specification and this car is one of them. It will be auctioned off by RM Sotheby’s and has 13,353 miles on the clock. It appears pristine and has silver body color and beige leather inside.

The F1 LM comes with the unrestricted GTR racing engine and the Extra-High downforce kit. Documents included with the sale include invoices dating to 2007 and written history and evaluation by MSO. We have no idea what the car will bring at auction, but multiple millions of dollars is the assumption.