A new concept has been developed you the iPad which allows visually impaired users to be able to read information from an iPad using Braille. The ingenious Omnifer Braille iPad Case uses tiny gas pockets which expand when exposed to light to provide braille on one side of the iPad’ screen as text is streamed from messages and email into a custom application. 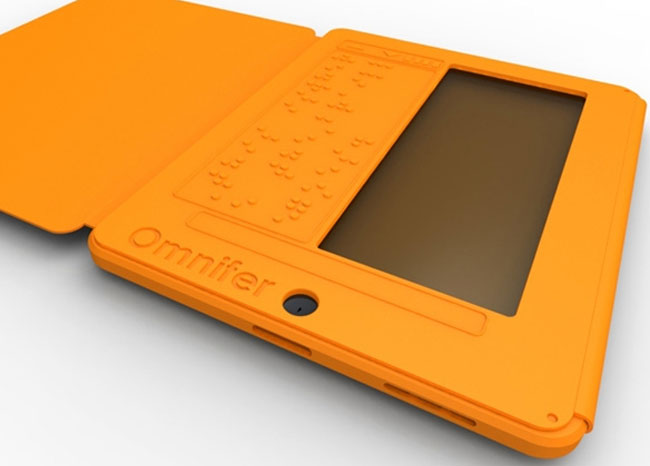 The three-panel flip design allows for the iPad to be easily switched between the Braille mode and standard operation, and when the Braille overlay.

The Omnifer Braille iPad Case has been designed by Jayson D’Alessandro and entered in to this years Industrial Designers Society of America’s IDEA award.  Lets hope it can make the jump from concept into reality and enrich lives with its new technology.