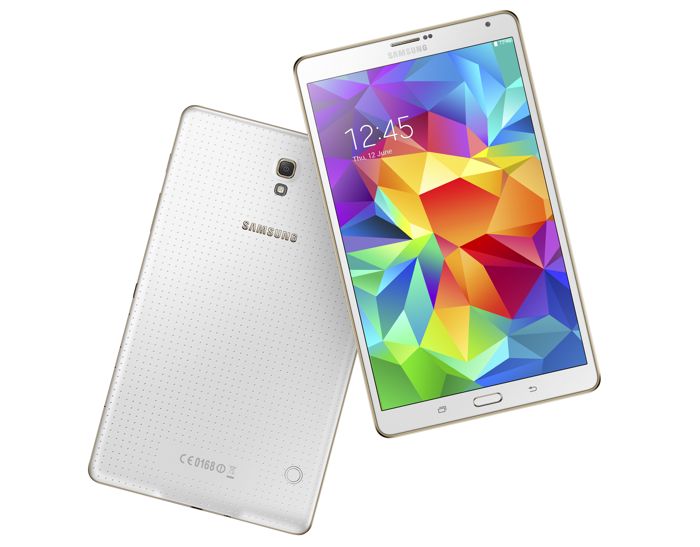 Samsung’s new Galaxy Tab S tablets are now official, and the company has released a new video which show off some of the features and details on this new Android Tablet.

The Galaxy Tab S is available in two sizes, one with a 10.5 inch Super AMOLED WQXGA display, the other with an 8.4 inch WQXGA display, both devices have a resolution of 2560 x 1600 pixels.

Samsung have also launch each tablet with different processors, one comes with an eight core Samsung Exynos 5420 processor, the other with a quad core Snapdragon 800 processor clocked at 2.3GHz.

These new Android tablets also come with 3GB of RAM and a choice of either 16GB or 32GB of built in storage, plus a microSD card slot that lets you add in an extra 128GB of storage.

Both device come with Android 4.4 Kit Kat, and they will launch in a range of countries next month, as yet Samsung have not revealed any details on how much these new Samsung Galaxy Tab S tablets will retail for.