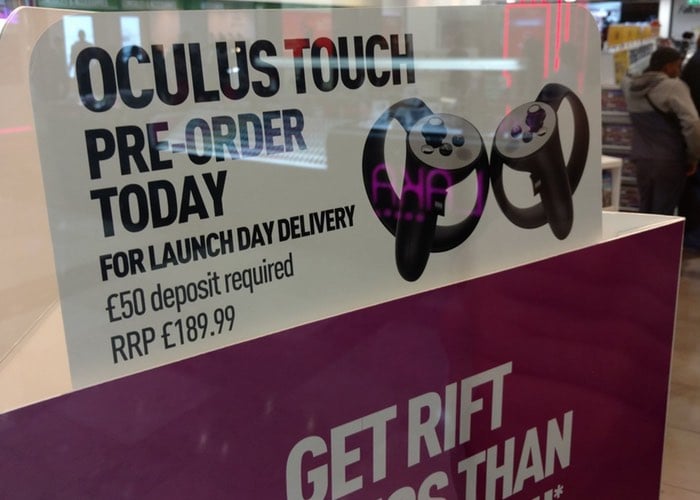 Gamers patiently waiting to know the price of the highly anticipated Oculus Touch virtual reality controllers that have been designed by Oculus to be used with the Oculus Rift virtual reality headset.

May be interested to know that promotional literature within a Game store in London has revealed that the Oculus Touch price will be £190 within the UK. 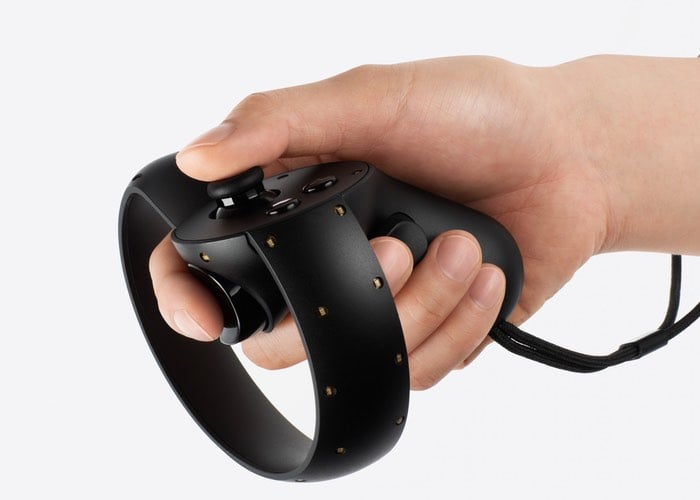 At the current time Oculus has not made any official announcement as to when the Oculus Touch controllers will be available worldwide and has not yet revealed any pricing. Although it seems pretty imminent if promotional literature is already available to game stores. Oculus explains a little more about their design.

Before you even pick up a pair of Touch controllers, you know how to use them. Intuitive actions in VR feel as natural as using your real hands. Groundbreaking new experiences made possible by Oculus Touch. Constellation tracking lets you manipulate objects in your virtual environment with extraordinary precision. 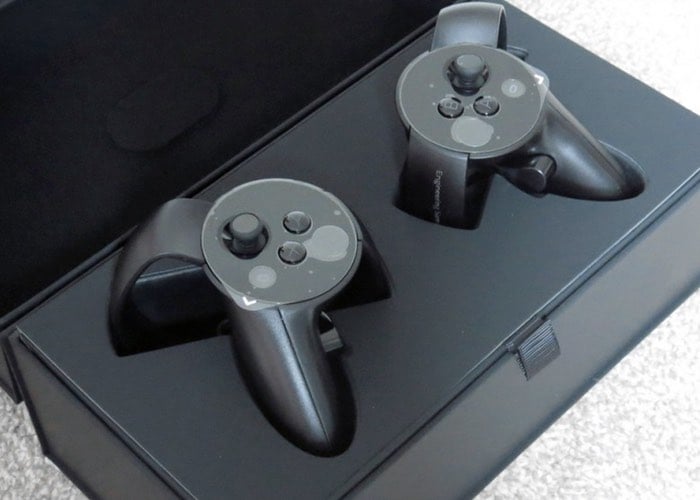 For more information on the new Oculus Touch controllers jump over to the official Oculus website for details and full specifications by following the link below.