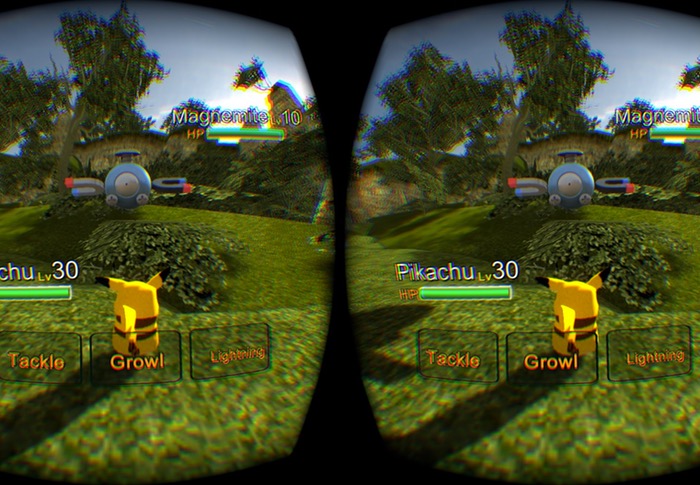 YouTube user Misterbunbun has published a video of a new project they have crated that lets you enjoy using the awesome Oculus Rift while playing the Pokémon.

Within the Pokémon demo players can actually use their hands to pickup the Pokeball and then throw it at the Pokemon you would like to capture. Check out the demo video below.

The gesture control aspect of the demonstration is handled by the Leap Motion gesture control which is used for both motion control and Voice Attack. Enabling players to use their voice to guide their Pokémon’s actions. YouTube user Misterbunbun explains :

“My latest VR project: Pokemon VR! Using the Oculus Rift DK2, Leap Motion, and Voice Attack you can now play Pokemon like you have always imagined. Grab and throw pokeballs with your hands. Shout commands and see Pikachu respond.

for more information on the Pokémon virtual reality demonstration and the ability to download the game to use with your Oculus Rift virtual reality headset jump over to the Tipatat website.