Gamers looking forward to getting their hands on a retail version of the Oculus Rift virtual reality headset, are sure to enjoy this run through of the Oculus Rift playing a number of  Steam games using VorpX software to make the connection, even thought the game hasn’t been created to support Oculus Rift. Check it out after the jump. 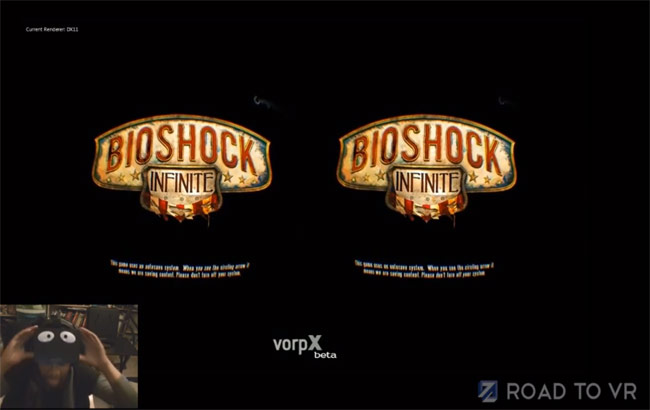 “Using VorpX was awesomely simple. Double click on the shortcut, the program quietly runs in the background, boot up your game. That’s it! I am sure that the final program will have some config options, but so far things are delightfully easy.”-“One of the most impressive features of VorpX is the sheer number of games it works with.

I opened Bastion (2011) with VorpX active on a whim, and to my great surprise, it worked — no 3D of course — but still very cool! That led me to trying almost every game in my Steam library just to see if they would work, and how well VorpX would handle it.

Over half of the games I have ended up working to some degree on the Oculus Rift with VorpX, including Tera, AKA The Exiled Realm of Arborea (2011), XCOM: Enemy Unknown (2012), and Tomb Raider (2013). Awesome!”

For more information on the new Oculus Rift and VorpX jump over to the RoadtoVR website for details.