Earlier today we mentioned that UK mobile phone operator has announced that it was removing the unlimited data for the new iPhone 4 in the UK and also other smartphones. 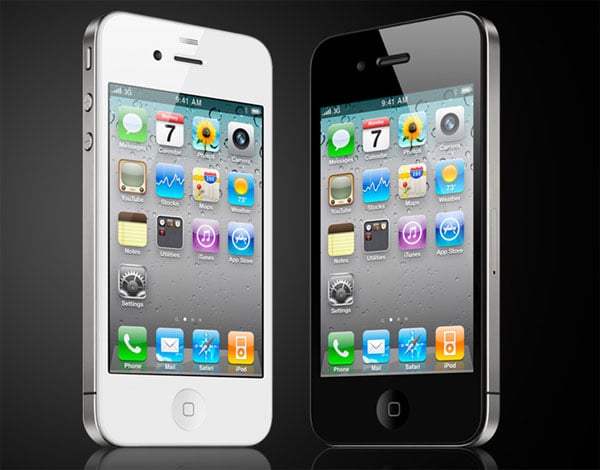 The table below shows you what you will get with each of the price plans, the fact that O2 has removed unlimited data from its new iPhone 4 plans isn’t the best of news. 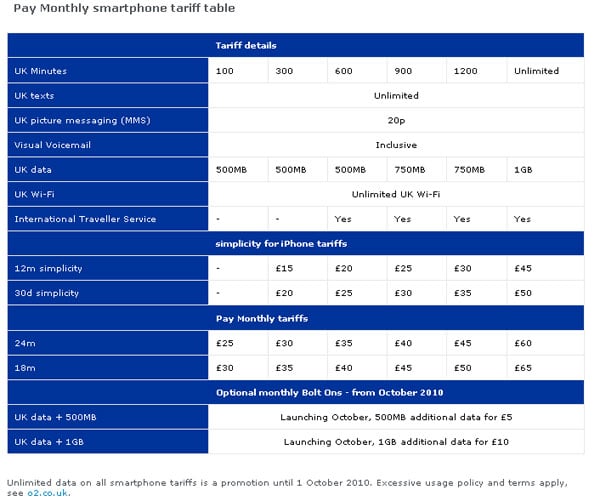 I will be looking around for the best deals for the iPhone 4 in the UK, and we will be publishing a guide to let our readers know which deals are the best as soon as they are all announced.

We would like to hear from our readers who are currently with o2 on whether they will be switching to another provider for the new iPhone 4. You can check out which networks will have the iPhone 4 in the UK in our Apple iPhone 4 UK buyers guide.

None of the five UK operators have released any details on how much the iPhone 4 will retail for in the UK, we are expecting that announcement either tomorrow or Monday, until then you can check out our iPhone 4 UK price prediction.

It looks like we may finally get some information on the price for the iPhone 4 in the UK on Monday.