A E3 this week a new gadget has been unveiled called the Nyko Smart Clip that has been designed to wen able you to easily attach your smartphone to your next generation console controller.

The Nyko Smart Clip has been designed to fit both the Xbox One and PlayStation 4 controllers and will allow Xbox One owners to experience a second screen using Microsoft’s Xbox Smart Glass features. 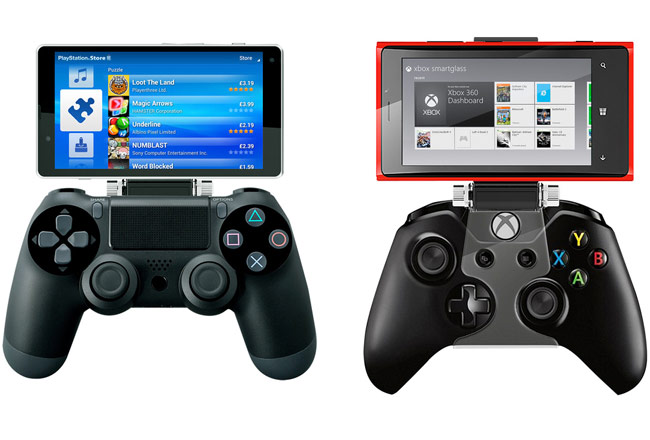 The Nyko Smart Clip enables you attach any iPhone, Android, Windows Phone, or Blackberry smartphone up to 3.5 inches wide to your controller.

The Nyko Smart Clip will be first available for the Xbox 360 rolling out for the Xbox One and PS4 later this year, together with a new charger and Xbox One headset adapter.