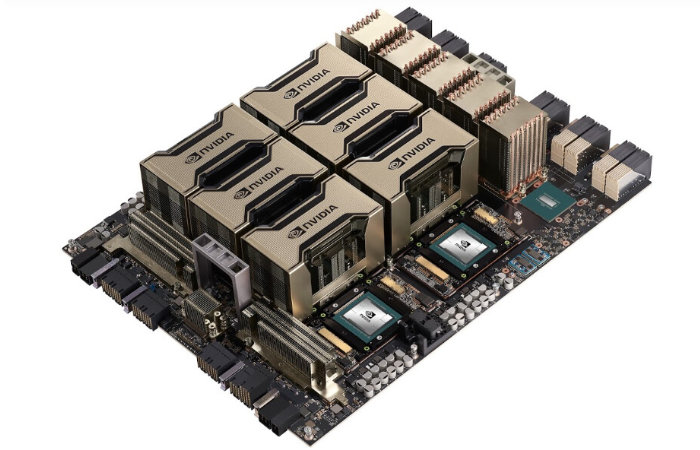 “The NVIDIA Quantum-2 modular switches provide scalable port configurations up to 2,048 ports of NDR 400 Gb/s InfiniBand (or 4,096 ports of NDR200) with a total bidirectional throughput of 1.64 petabits per second—5x over the previous-generation. The 2,048-port switch provides 6.5x greater scalability over the previous generation, with the ability to connect more than a million nodes with just three hops using a DragonFly+ network topology.”

More information on full specifications on the NVIDIA HGX A100 launched to help turbocharge supercomputing applications, jump over to the official NVIDIA website by following the link below.