Barnes & Noble’s Nook Tablet will soon be powered by Ice Cream Sandwich (ICS).  Android developer Brandon Bennet disclosed that they have been able to find a way to sidestep a locked bootloader on the Nook Tablet. 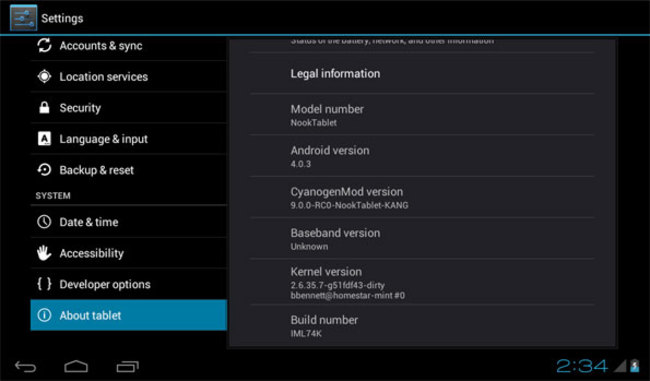 The presence of a locked bootloader made it tough for developers to install ICS but the wait is almost over for Nook Tablet owners as an ICS upgrade is now on the horizon.

“So now that we have found the leaking crack in the bootloader and proved its usefulness… others are going to start work on a couple of key projects that I could use a little help on,” Bennet said in his post. The tools to the ICS install will be made available as soon as Bennet is able to complete the installation.

The CyanogenMod 9, as shown in the picture above, has already been installed, so it’s just a matter of fine-tuning the custom install.