@evleaks is one fire from the past few days. The well-connected leaker has shared several details about the upcoming products from various manufacturers in the past few days, some of which are expected to debut at the Mobile World Congress.

Recently, the prolific leaker posted a press render of another upcoming Nokia device dubbed as the Nokia Lumia 630, codenamed Moneypenny. 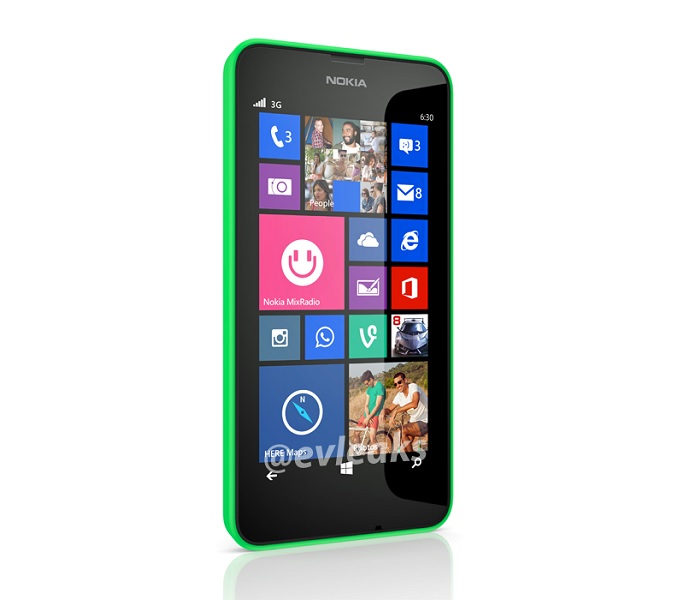 This isn’t the first time @evleaks shared information about the alleged Lumia 630. It’s rumored to be the successor of the Lumia 625, and will come with Windows Phone 8.1 as it’s operating system, according to the leaker.

Based on rumors, Nokia Moneypenny is going to be an entry-level handsets, thanks to the screenshot posted by @evleaks a few months back, and will come with dual-SIM support. If the previous leaks were correct, the availability of the handset might start with emerging markets, where dual-SIM handsets are more popular compared with to single-SIM.

There’s no word about the launch of the handset at the Mobile World Congress 2014, but we should always think positive. Rumors suggest it will make an appearance at near the time when Microsoft will reveal the Windows Phone 8.1 officially. Nokia’s press event at the MWC 2014 will kick off at 8:30 local time (GMT+1), and we’ll make sure you get every bit of detail from the event.