Nokia is rumored to be working on a few more Windows Phone devices which will see the light of the day in the coming months. One of them is the Nokia Lumia 630 aka Moneypenny.

In the past few months, the handset has leaked in a number of occasions, showing us what we could expect. It’s going to be a successor of the Nokia Lumia 630, but will come with a little upgraded specifications. Recently, Nokia Lumia 630 was leaked again by a user on Baidu, showing the handset as well as an image which appears to be taken from a user manual. 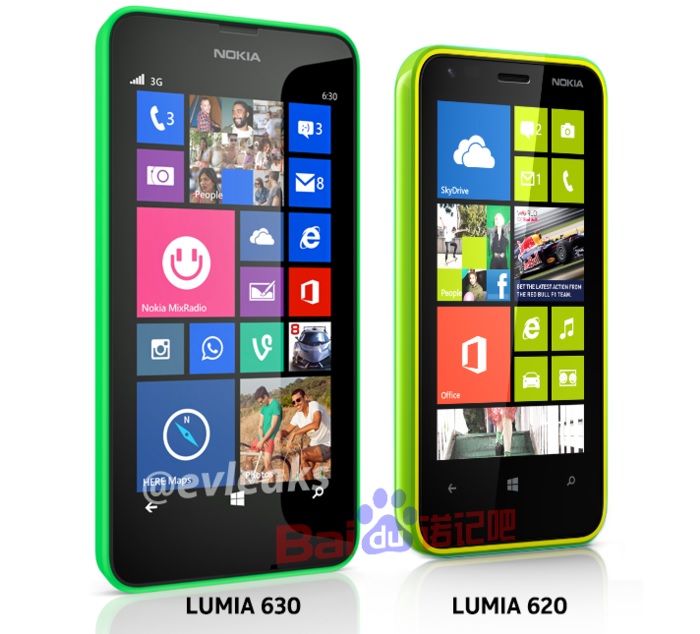 Nokia Lumia 630 was teased by @evleaks several times in the past, and he mentioned that it will be powered by the latest Windows Phone 8.1 as its operating system.

Recently, along with the leaked images, some specifications of the handset also surfaced, confirming that it will come with dual-SIM support. The handset is rumored to come with a 4.5-inch display sporting a resolution of 854 x 400 pixels, virtual buttons on the screen, Snapdragon 400 chipset under the hood and 1GB of RAM. 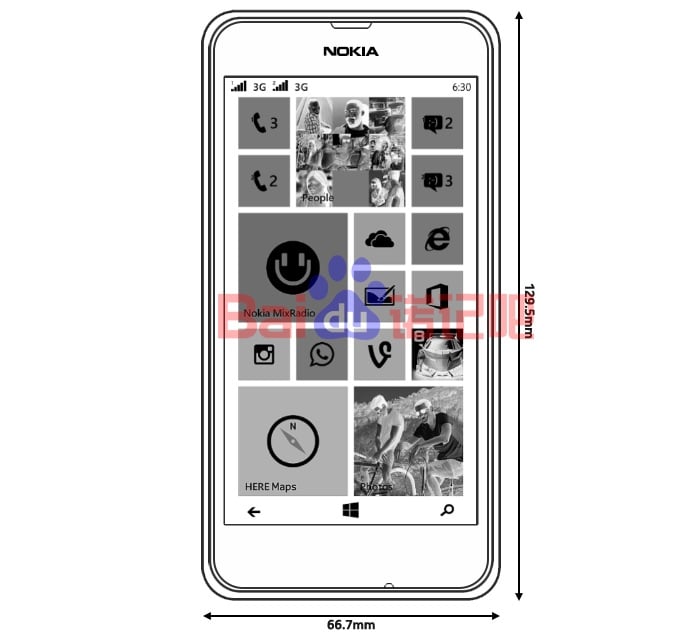