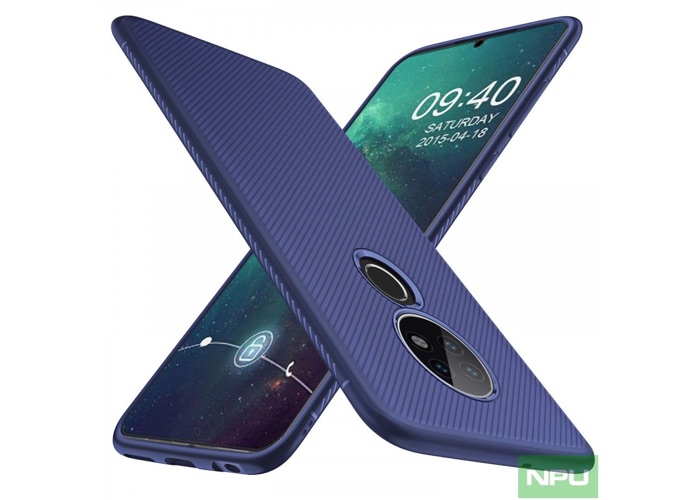 The Nokia 7.2 and Nokia 6.2 are rumored to launch some time this month and now we have some details on what the handset will look like.

NPU have received some renders of some cases for the new Nokia 7.2 smartphone and they reveal some details about the handsets design.

As we can see from the photo there will be a triple camera setup on the rear with a flash and also fingerprint sensor under the camera.

The handset will be made official along with the Nokia 6.2 next month, HMD Global is holding a press event in Berlin on the 5th of September. Both handsets are said to come with a 48 megapixel rear camera setup, as soon as we get some more details about the device, we will let you guys know.