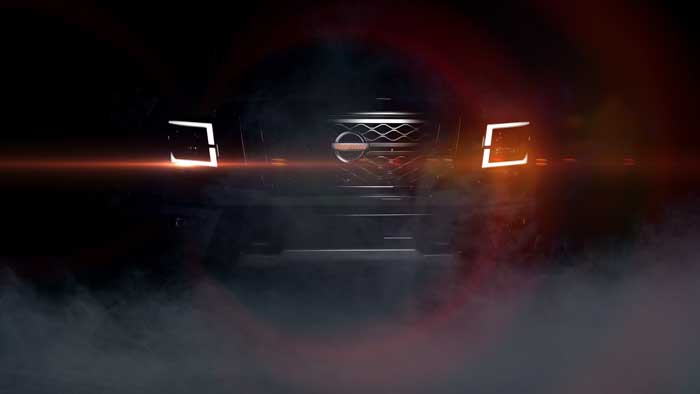 Nissan is teasing a new generation of its full-size truck called the Titan that has been offered in the US for several years. The new Titan will launch officially on September 26.

All we have to go on right now is a single teaser image that shows the front of what is presumed to be the Titan Pro-4X model. Nissan says that the logo on the front of that module now has the first “hot” Nissan badge.

Tat badge has lava red accents. The red is used to paint in the Nissan letters on the logo. We also see the truck has new LED running lights that surround the headlights. Nissan’s truck hasn’t been a big seller. Hopefully, the new model will change that.